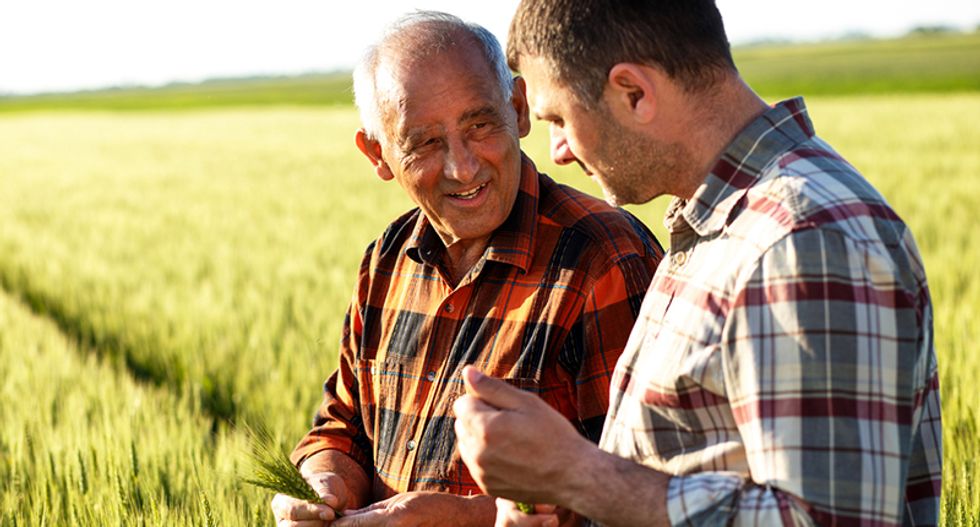 Underscoring the necessity of aggressive action to combat human-caused global warming, research published Wednesday warns that the majority of the world's wheat fields are at risk of enduring "severe, prolonged, and near-simultaneous droughts" by the end of the century—raising serious concerns about future food insecurity and political instability.

"Even under the ambitious mitigation scenario aimed to stabilize global warming at 2°C compared to pre-industrial levels, the increase in the frequency and extent of adverse weather extremes and related shocks on the production side would be unprecedented."

"If only one country or region sees a drought there is less impact," said study co-author Song Feng of the University of Arkansas. "But if multiple regions are affected simultaneously, it can affect global production and food prices, and lead to food insecurity."

The peer-reviewed study, published in the journal Science Advances, was conducted by team of researchers from the United States, Europe, and Asia.

Wheat accounts for about 20 percent of all calories consumed by humans worldwide and the global demand for wheat products such as cereal is expected to rise in the coming decades, according to the U.N. Food and Agriculture Organization (FAO). Recognizing humanity's reliance on the crop as a key food source, the study's researchers analyzed various climate models to assess the rising risk of drought in wheat-producing regions.

"Global warming is expected to increase the frequency and intensity of severe water scarcity (SWS) events, which negatively affect rain-fed crops such as wheat," the study says. "Our projections show that, without climate change mitigation... up to 60 percent of the current wheat-growing area will face simultaneous SWS events by the end of this century, compared to 15 percent today."

Referencing a key goal of the Paris climate accord, researchers warn that "even under the ambitious mitigation scenario aimed to stabilize global warming at 2°C compared to pre-industrial levels, the increase in the frequency and extent of adverse weather extremes and related shocks on the production side would be unprecedented."

The impact on food prices and security will depend on multiple factors. As the study explains, "recent evidence suggests that variations in crop product prices are linked to simultaneously challenging economic factors, such as oil prices and exchange rates, as well as the occurrence of large-scale droughts and corresponding market and policy responses."

FAO projects that by 2050, global demand for cereals will increase by 43 percent compared with the 2006 level, "which is fairly conservative compared to other projections," and "will predominantly come from developing countries," the study notes. If those nations can't sustainably boost their supply, they will increasingly depend on imports.

Researchers warn that "these developments may increase food insecurity and, consequently, political instability and migration."

The new study "contributes substantially to the neglected area of climate extremes in agriculture, as it brings new data to light on how likely the shocks caused by drought might be in near future," Havlik told Bloomberg.

The research follows a landmark U.N. report from August which called for a global overhaul of the ways humans use land—including forestry, agriculture, and industrial and urban development—to meet the food needs of the world's growing human population and ensure a habitable planet.