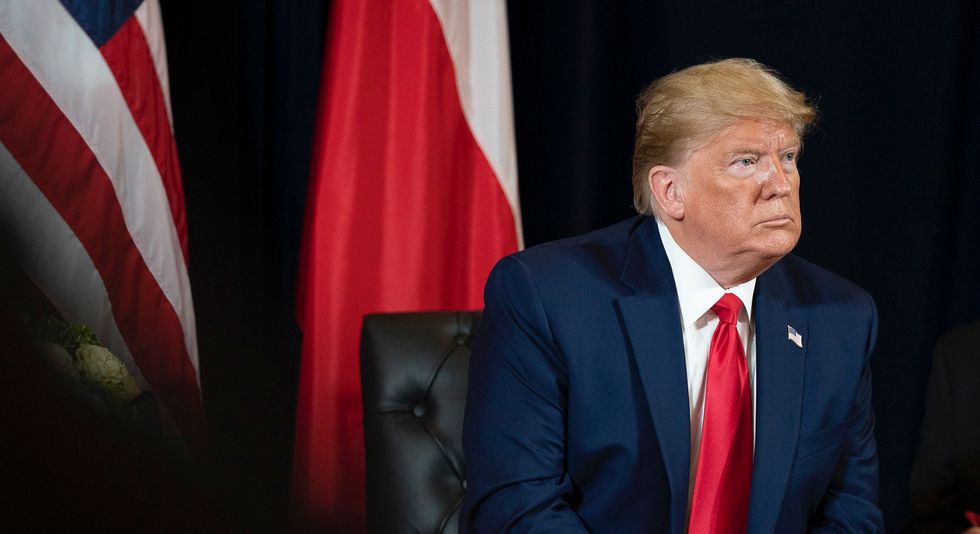 Oceans are rising, glaciers are melting, hurricanes are ruinous and deserts are expanding as climate change wreaks havoc around the world. The United Nations devoted a weekend to climate vacillations that excluded global warming deniers like President Donald Trump.

“We fool ourselves if we think we can fool nature. Because nature always strikes back. And around the world, nature is striking back with fury,” UN Secretary-General Antonio Guterres said at Monday’s session at the closing of the Climate Action Summit.

The World Meteorological Organization published new data that showed 2014-19 to be the warmest five-year period on record. So far, 186 states and the European Union, representing more than 95 percent of global greenhouse gas emissions (mainly carbon dioxide), acceded to the 2015 Paris Agreement, including China and India. Russia has just joined.

The long-term goal in Paris was to keep the increase in global average temperature below 2 °C above pre-industrial levels and to limit the increase to 1.5 °C, in order to reduce the devastation of climate change. And of course, the United States under Trump has denounced the agreement, signed by President Barack Obama.

A daylong climate event in the ornate General Assembly hall began with a panel of young people who have spent a week conducting strikes and marches from Australia to Mississippi, adding momentum to the proceedings.

Pointing her finger at the delegates, Greta Thunberg, the Swedish climate activist, said: “This is all wrong. I shouldn’t be up here. I should be back in school on the other side of the ocean. Yet you all come to us young people for hope.

“How dare you! You have stolen my dreams and my childhood with your empty words.”

Trump did drop into the climate session for about 15 minutes, prompting Michael Bloomberg, the former mayor of New York and a philanthropist, to say, amid laughter and applause, “Hopefully our discussions here will be useful for you when you formulate climate policy.”

Trump told reporters later he was all for “clean air and clean water,” an indication he did not have a clue about climate change. The United States is the world’s second-largest emitter of greenhouse gases.

The Trump administration has leapt back into the 19th century, canceling as many fuel emission policies as it could, including suing California for its auto regulations. The New York Times listed more than 80 environmental rules and regulations on their way out.

Trump spent most of the day at an event on religious discrimination, held in a basement room and not attended by many world leaders but appreciated by American evangelists.

What Did They Do?

The UN session featured nearly every important diplomat in the world, including the leaders of Germany, France, Britain, China, and India (not to mention city mayors), as well as important figures in banks and industry, including Bill Gates.

German Chancellor Angela Merkel, for example, has pledged a “$60 billion package of climate policies aimed at getting Germany back on track to meet its goal of reducing greenhouse gas emissions by 2030.” British Prime Minister Boris Johnson doubled foreign climate aid to $14.4 billion over the next five years.

Touching were developing nations and small island states that used their limited resources to plant trees to bolster coastlines and avoid coal as fuel.

A total of “77 countries—many in the industrialized world—committed to net zero carbon emissions by 2050. They were joined by 10 regions and more than 100 cities—including several of the world’s largest,” said UN Secretary-General Guterres in his closing remarks.

And “70 countries announced they will boost their [national contributions] by 2020,” he added.

He continued that more than “100 leaders in the private sector committed to accelerating their move into the green economy. A group of the world’s largest asset-owners—responsible for directing more than $2 trillion—committed to move to carbon-neutral investment portfolios by 2050.”

For a full accounting and individual pledges, see this climate summary.

But Guterres said much more was needed particularly on “ending coal and other fossil fuel subsidies.” He said a number of coal power plants “projected to be built are a looming threat to us all and can undermine our global efforts for carbon neutrality.”

Then There Is the Amazon

One also cannot forget another climate change denier: Brazilian president Jair Bolsonaro, who has opened the way for razing large tracts of the Amazon rainforest, polluting many countries for many miles.

Earlier this month, he also managed to lodge a vicious attack against Michelle Bachelet, the UN high commissioner for human rights. Bolsonaro reacted to concerns raised by Bachelet about a jump in killings by the Rio de Janeiro police, backtracking on democratic norms and attacks on indigenous communities.

Bolsonaro responded by praising the late Chilean dictator Augusto Pinochet’s courage “to deter the left” and “communists like her father.” Her father, a general under ousted leader Salvador Allende, died in jail. Bachelet was also jailed with her mother. She lived to serve two terms as Chile’s president.

Asked about Bolsonaro’s comments, UN spokesman Stephane Dujarric said, “The Secretary-General has immense admiration for Madame Bachelet for her work as Human Rights High Commissioner, for the courage she has shown throughout her life in fighting for human rights, both professionally and personally, and what she has endured, and the Secretary-General stands in total solidarity with her.”

Monday was a preview to the march of diplomats at the high-level UN General Assembly session with 14 days of speeches and 600 meetings. Obviously, the weakening global economy and the dispute over Iran are expected to be mentioned often. But climate change will be a constant.

The United Nations also held a forum on universal health coverage. While Britain and others stressed the value of reproductive health for women, especially contraceptives, the United States spoke only of abortion, again an appeal to evangelicals.

U.S. Health and Human Services Secretary Alex Azar said health care should not include such terms as “reproductive health and rights.” He said 19 countries agreed with him while the Netherlands said 58 agreed with its position of giving women choices.

Evelyn Leopold is a writing fellow and correspondent for Globetrotter, a project of the Independent Media Institute. She is an independent journalist based at the United Nations as resident correspondent. She was bureau chief for Reuters at the UN for 17 years, and is chair of the Dag Hammarskjöld Fund for Journalists. She was awarded a gold medal in 2000 for UN reporting by the UN Correspondents Association.