Sanders hits back at Biden's praise for pharma companies: 'Their behavior is literally killing people every day' 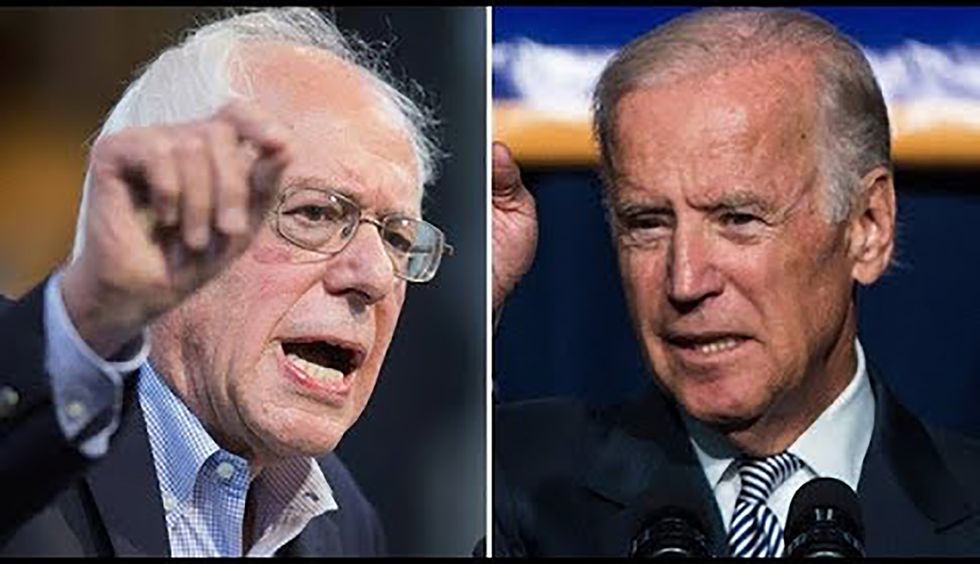 After former Vice President Joe Biden praised pharmaceutical companies during an event with wealthy donors in Dallas over the weekend, Sen. Bernie Sanders on Sunday said candidates for the highest office in the nation should not have kind words for corporations whose price-gouging is harming millions of people across the United States.

"I disagree with Joe Biden. The pharmaceutical companies are greedy, corrupt, and engaged in price fixing," Sanders said in a statement responding to his fellow 2020 Democratic presidential candidate.

"At a time when their behavior is literally killing people every day, America needs a president who isn't going to appease and compliment drug companies—we need a president who will take on the pharmaceutical industry, whether they like it or not," said Sanders, who has called on all 2020 contenders to reject campaign cash from the healthcare industry. "When we defeat Donald Trump, that's exactly what we are going to do."

At a time when their behavior is literally killing people, America needs a president who isn’t going to appease and… https://t.co/46rb9u4OSr
— Bernie Sanders (@Bernie Sanders)1568567148.0

Sanders' comments came after Biden said at the Dallas home of craniofacial surgeon David Genecov, "By the way, great drug companies out there—except a couple of opioid outfits."

The former vice president's suggestion that pharmaceutical companies are "great" with the exception of a few bad apples quickly drew sharp criticism on social media.