Sanders: 'Attack on Saudi Oil is not an attack on America' 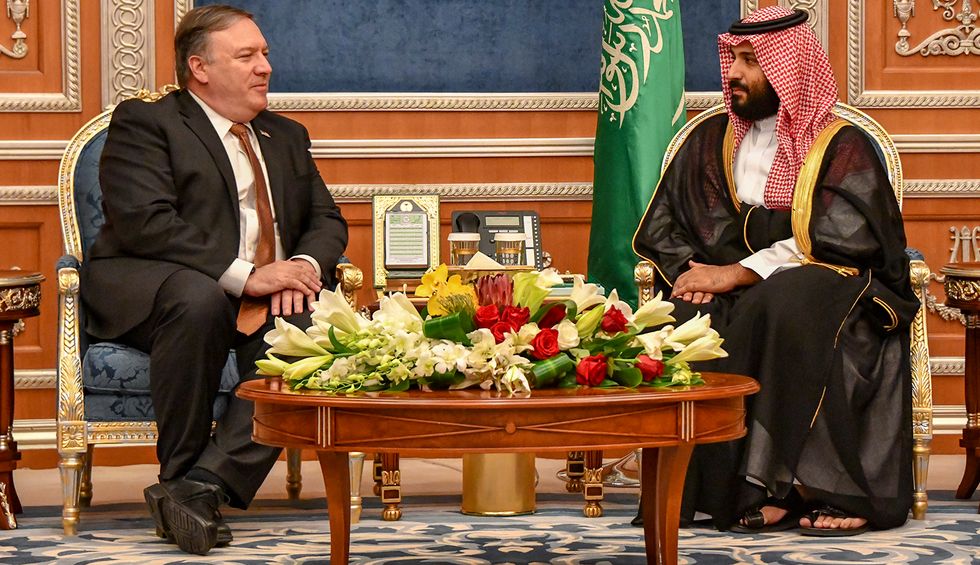 In response to Secretary of State Mike Pompeo's declaration Wednesday that the bombardment of Saudi oil facilities this past weekend—which the Trump administration has blamed on Iran—constituted an "act of war," Sen. Bernie Sanders said "an attack on Saudi oil is not an attack on America" and vowed Congress will not allow the White House to launch another devastating military conflict in the Middle East.

"If you want a war, come to Congress to make your case," tweeted Sanders, a 2020 Democratic presidential candidate. "We will not let you drag the American people into another catastrophe in the Middle East."

"Your job is to use diplomacy to resolve conflict—not incite more war," the Vermont senator added.

Pompeo's comments came during a visit Wednesday with Saudi leaders, who have claimed—on the basis of scarce evidence—that the aerial strikes which temporarily paralyzed the kingdom's oil production originated in Iran.

Iran has repeatedly denied any involvement in the attacks, for which Yemen's Houthi rebels claimed responsibility. In an interview with CNN on Thursday, Iranian Foreign Minister Javad Zarif said he does not know who was responsible for the incident, which reportedly did not result in any casualties.

Zarif went on to warn that, while Iran does not want a conflict, any U.S. or Saudi military strike on Iran would result in "all-out war."