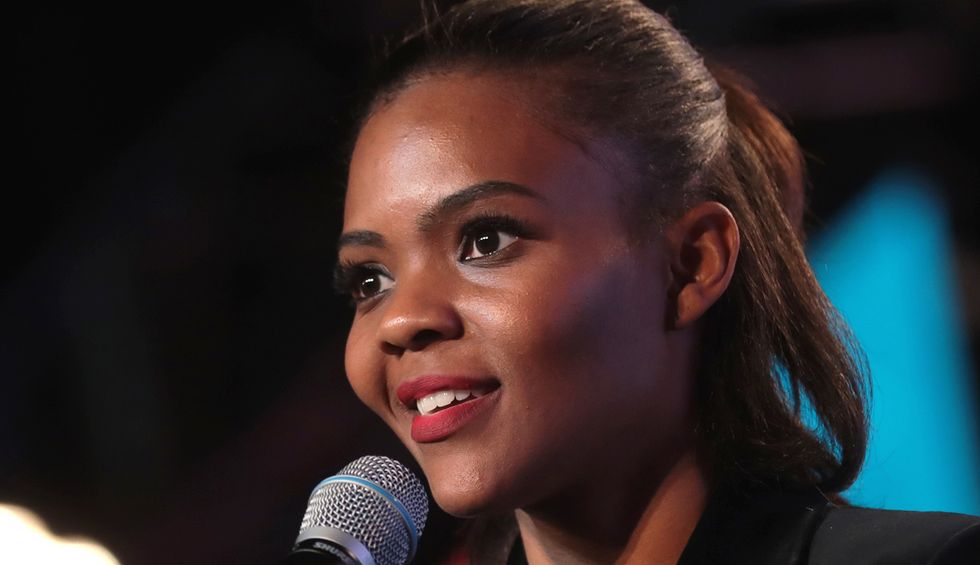 Republicans in Congress returned to Capitol Hill following their August recess last week and immediately set out to make a mockery of their constitutional obligation — inviting discredited witnesses to provide expert testimony in a manner that only served to derail, dismiss and diminish otherwise serious subject manners.

Former Turning Point USA communications director Candace Owens was again invited by Republicans to appear before a House Joint Oversight Subcommittee on combating white supremacy. Owens, who previously argued that the 2018 mail bombings targeting Democrats actually resulted from a conspiracy plot orchestrated by liberals, claims the NRA was founded as a civil rights organization (it was actually started by Civil War veterans to improve soldiers’ marksmanship), and has said, “Black Americans are doing worse off economically today than we were doing in the 1950s under Jim Crow,” to downplay the threat of white supremacy.

Rep. Jim Jordan, R-Ohio, who invited Owens, ceded all of his questioning time to the conservative pundit. “Based on the hierarchy of what’s impacting minority Americans, if I had to make a list of 100 things, white nationalism would not make the list,” Owens said Friday. “White supremacy and white nationalism is not a problem that is harming Black America,” she continued.

She of course offered exactly zero objective measurements to back this claim and ignored all evidence to the contrary, like the El Paso mass shooting less than two months ago. She failed to mention the nine black churchgoers massacred by white supremacist Dylann Roof at Mother Emanuel AME Church in Charleston, South Carolina. Or the white supremacist who violently threatened a black candidate for elected office in Charlottesville, Virginia, causing the candidate to leave the race. Or the other white supremacist who ran over dozens of people in Charlottesville during the riots of August 2017, killing counter-protester Heather Heyer.

Instead, Owens rattled off a number of culture-war bromides about black-on-black crime, abortion and the left’s so-called war against men and masculinity, to argue that the African-American community needs to start “putting fathers back in the home” and demanding a return to “God, religion and shrinking government.”

Remarkably, fellow witness Kathleen Belew, a University of Chicago professor who studies white nationalism, pushed back on Owens’ testimony, saying she objected “strenuously” Owens’ characterization of white-supremacist manifestos as “hilarious.” Belew said, “This feels a lot like your reaction to being named in one of these manifestos. Now, you’re of course not responsible for the words of someone writing that document, but I do think laughing at it is a real problem.”

Owens used the opportunity to blast Belew as a “made-up professor” who had made a “severe error” and twisted her words.

“You knew exactly what I meant when I said ‘hilarious’,” Owens told Belew at the hearing. “And you just tried to do live what the media does all the time to Republicans, to our president and to conservatives, which is try to manipulate what I said to fit your narrative.”

Owens was not the only conservative witness confronted about her faulty testimony by a fellow panelist.

“I feel I must at least correct the record on some statistical elements,” Goff stated, departing from his prepared remarks. “To suggest that black people enjoyed the treatment in New York or anyplace else of ‘broken windows’ policing is what scholars Veshla Weaver and Elizabeth Hinton referred to as selective hearing — hearing only what is convenient to an ideological narrative and not the fullness of what those communities are calling for, which is safety and justice at the same time. … This committee hearing should not be a dumping ground for bad faith arguments.”

At the same hearing, a Republican lawmaker joined in on the bad faith to derail the hearing on policing.

Rep. Matt Gaetz, R-Fla., attacked the Rev. Al Sharpton, who appeared as witness, by bringing up a resolution once introduced by MSNBC host Joe Scarborough when he was a Republican congressman, condemning Sharpton for “racist and anti-Semitic views.”

“Rev. Sharpton has come before the House Judiciary Committee as a purported expert on policing,” Gaetz said. “Yet his bigoted statements undermine the bipartisan work we should be doing to ensure that all citizens are able to come together and have safe communities.”

Gaetz interrupted the six-hour hearing to shout at Sharpton with this off-topic line of questioning. The Florida congressman’s bizarre behavior led the hearing into a period of chaos, with Democratic members, including Rep. Hank Johnson, D-Ga., arguing that Gaetz damaged the credibility of the House Judiciary Committee.

“This is taking our process down to a level that we should never allow it to descend to,” Johnson said. “I’m objecting to us wallowing in the mud with these comments.” In Sharpton’s defense, Rep. Hakeem Jeffries, D-N.Y., read a July 29 tweet from Scarborough.

“Thanks to those reminding me of how stridently Al Sharpton and I opposed each other 20 years ago,” Scarborough wrote. “We take pride in our friendship today because of that history, recognizing Jesus’ words that all have fallen short of God’s glory and we should forgive each others 70 x 7 times.”

When a Democrat brought up the past history of another witness, however, it served to discredit the Republican witness without derailing the entire hearing.

At the Joint Economic Committee Hearing on Gun Violence in America, Sen. Martin Heinrich, D-N.M., asked conservative author John Lott about a fictitious persona he had invented and used for years to write positive reviews of his own works.

“Does it show good judgement for a researcher to comment that way, with regard to your own research, under a name that is clearly not transparent?” Heinrich asked.

In response, Lott blamed “somebody else in my family who was responding to attacks that were on me.”

Republicans will clearly keep following their longstanding pattern of inviting disreputable witnesses to testify before Congress in hopes of frustrating all attempts at genuine oversight. Democrats appear at least somewhat more willing to fight back against the bad faith.