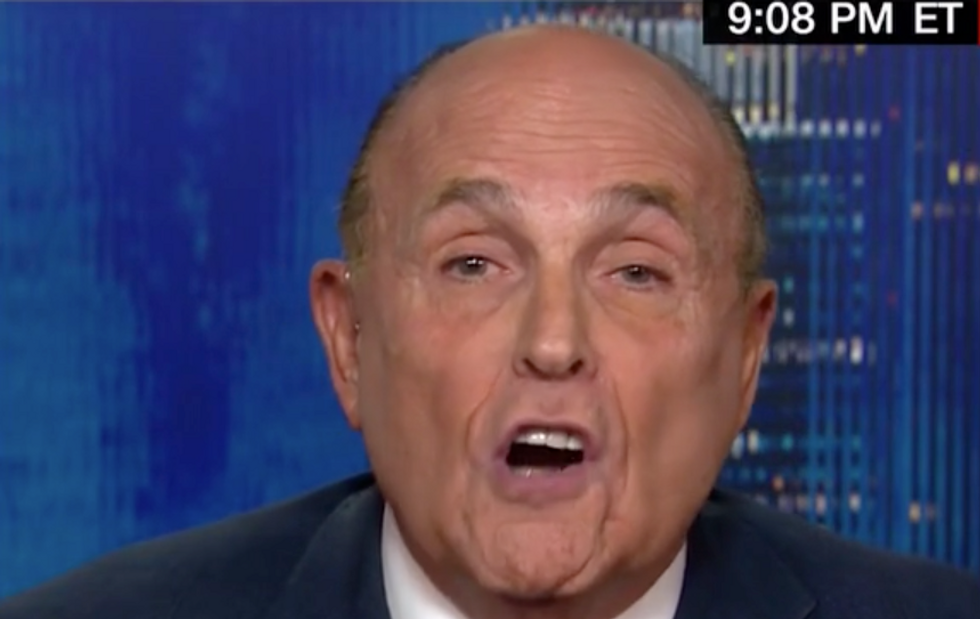 With House Speaker Nancy Pelosi now pushing for an impeachment inquiry in response to the Ukraine scandal, many of President Donald Trump’s GOP supporters — from House Speaker Kevin McCarthy to his personal attorney, former New York City Mayor Rudy Giuliani — are rallying around the president and insisting that he did nothing wrong during his July 25 phone conversation with Ukrainian President Volodymyr Zelensky. But the Associated Press’ Laurie Kellman, in a report published on September 30, stresses that there are strong differences within the GOP on how to address the crisis.

Giuliani, Kellman notes, has been claiming that Ukraine interfered in the 2016 presidential election and has admitted that he encouraged the Ukrainian government to investigate Democrat Hillary Clinton and former Vice President Joe Biden. But Tom Bossert, Trump’s former homeland security adviser, has stressed that he is “deeply frustrated” with Republicans who keep “repeating that debunked theory to the president” — and Giuliani has responded, “Tom Bossert doesn’t know what’s he’s talking about.”

Republican messaging on the Ukraine scandal, Kellman reports, is all over the place. Ohio Rep. Jim Jordan, a Tea Party Republican, has been claiming that Trump is trying to combat corruption in Ukraine — while Stephen Miller, immigration hardliner and senior White House senior adviser, is blaming the “deep state.”

The “mixed messaging” on the Ukraine scandal coming from the GOP, Kellman reports, underscores “the difficulty Republicans are having defending the president against documents released by the White House that feature Trump’s own words and actions.”

Giuliani has been harping on the fact that Biden’s son, Hunter Biden, was on the board of a Ukrainian gas company. But Democrats have responded that there is no evidence that either Joe Biden or Hunter Biden did anything wrong in Ukraine — and Bossert has stressed that fellow Republicans, including Trump and Giuliani, need to give up their Biden/Ukraine “conspiracy theory.”

“I honestly believe this president has not gotten his pound of flesh yet from past grievances on the 2016 investigation,” Kellman quotes Bossert as saying. “If he continues to focus on that white whale, it’s going to bring him down.”