Report reveals that 'like everything else' about GOP tax scam, program purported to help the poor really 'just another handout to the rich' 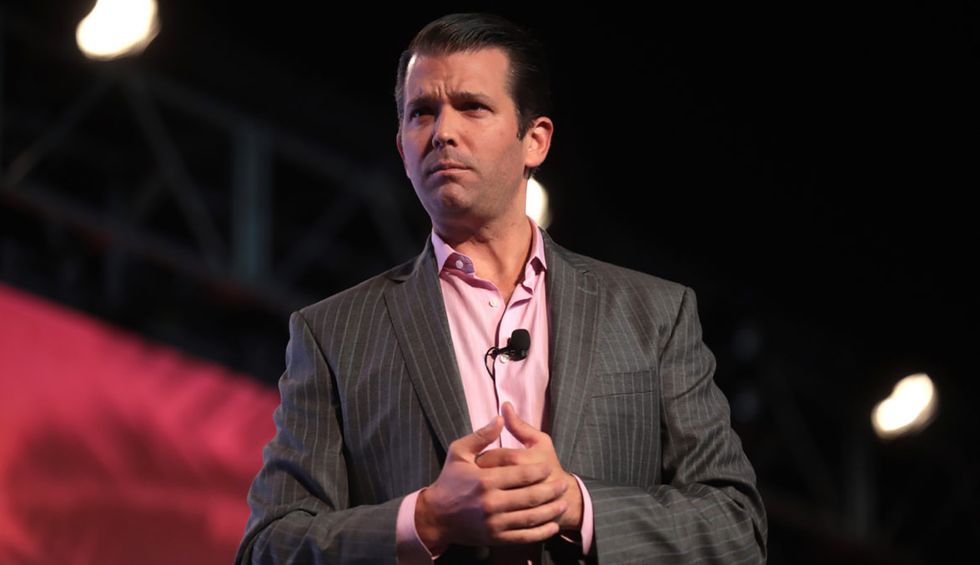 Urban policy experts along with progressive groups and politicians responded with outrage to a New York Times report published Saturday that detailed how the Trump administration's "signature plan" to help low-income communities across the United States with a multibillion-dollar tax break has "fueled a wave of developments financed by and built for the wealthiest Americans."

The tax break was part of the legislation critics dubbed the GOP tax scam, which Republicans forced through Congress and President Donald Trump signed into law in December of 2017. Linking to the new report, the progressive advocacy organization MoveOn tweeted, "Like everything else about the GOP's 2017 tax scam, a program supposedly meant to benefit poor communities is just another handout to the rich."

Among the early beneficiaries of the tax incentive are billionaire financiers like Leon Cooperman and business magnates like Sidney Kohl—and Mr. Trump's family members and advisers.

Former Gov. Chris Christie of New Jersey; Richard LeFrak, a New York real estate titan who is close to the president; Anthony Scaramucci, a former White House aide who recently had a falling out with Mr. Trump; and the family of Jared Kushner, Mr. Trump's son-in-law and senior adviser, all are looking to profit from what is shaping up to be a once-in-a-generation bonanza for elite investors.

The purpose of the program, as the Times explained, "was to coax investors to pump cash into poor neighborhoods" by allowing them "to sell stocks or other investments and delay capital gains taxes for years—as long as they plow the proceeds into projects in federally certified opportunity zones."

However, instead of low-income communities reaping the benefits of such investments, "billions of untaxed investment profits are beginning to pour into high-end apartment buildings and hotels, storage facilities that employ only a handful of workers, and student housing in bustling college towns, among other projects," the Times reported.

Though the report sparked immediate criticism of the program, Yonah Freemark, a doctoral candidate in MIT's Department of Urban Studies and Planning, noted on Twitter that "we always knew that this was going to happen—it's how the bill was written."

"President Trump has many critics," tweeted Sanders. "But as a con artist, he is a talent of the highest caliber."

Even the part of Trump’s tax scam supposedly for low-income neighborhoods is a massive tax avoidance scheme for the… https://t.co/MPh9KPUgIr
— Bernie Sanders (@Bernie Sanders)1567351742.0

Even the part of Trump’s tax scam supposedly for low-income neighborhoods is a massive tax avoidance scheme for the… https://t.co/MPh9KPUgIr
— Bernie Sanders (@Bernie Sanders)1567351742.0