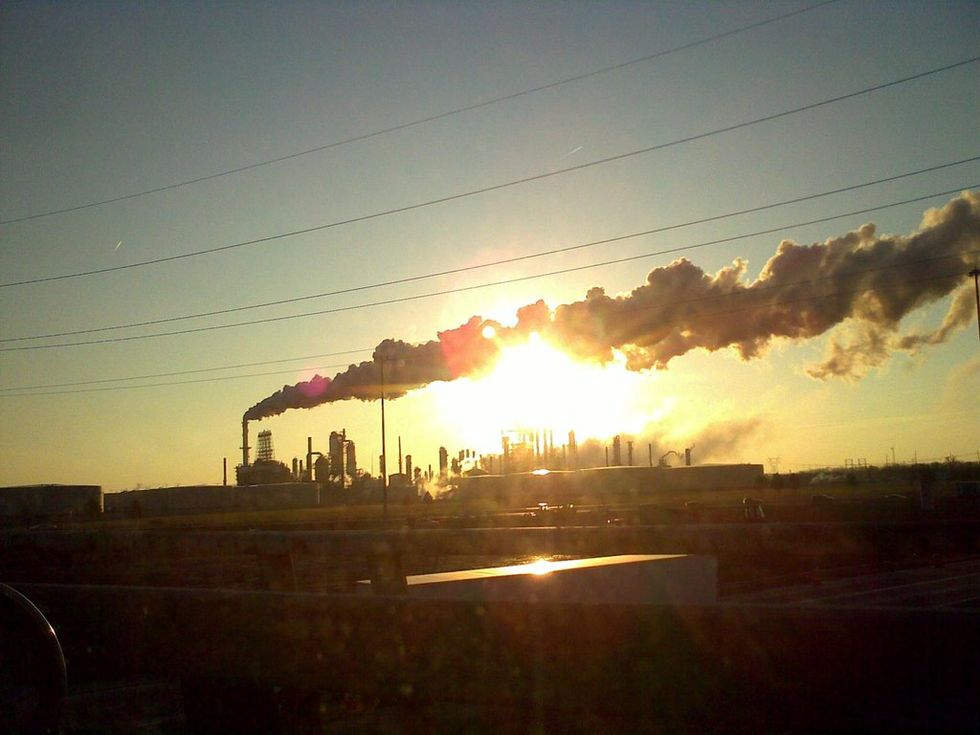 Aronoff reports that in 2018, the Progressive Policy Institute (a centrist Democratic think tank) received a $50,000 donation from Exxon Mobile by way of its parent organization, the Third Way Foundation (according to the oil behemoth’s 2018 Worldwide Giving Report). Exxon Mobil, Aronoff explains, didn’t respond to The Intercept’s “multiple requests for comment.” But PPI Executive Director Lindsay Lewis did get back to them, responding in an e-mail, “We only accept general support funding from corporate interests. We do not do paid-for work/research or have any donor-run programs.” That Exxon Mobile donation, Lewis said, was the first time it had received anything from the company.

Aronoff cites this Exxon Mobile/PPI/Third Way interaction as an example of a “centrist approach to climate politics” — one that rejects the climate change denial of the Trump Administration but also avoids “big, confrontational proposals” like Rep. Alexandria Ocasio-Cortez’ Green New Deal.

“In the last couple years,” Aronoff explains, “Exxon has taken up softer messaging on climate than either the Koch Brothers or the Mercer Family (Foundation). With business all over the world, Exxon — like every other multinational oil company — is well-accustomed to operating in environments where denying the reality of the climate emergency outright is politically unthinkable.”

Aronoff notes that although “$50,000 is not an enormous amount of money either for PPI or Exxon Mobil,” the donation “may well signal a shift in the fossil fuel industry’s relationship to climate politics.”