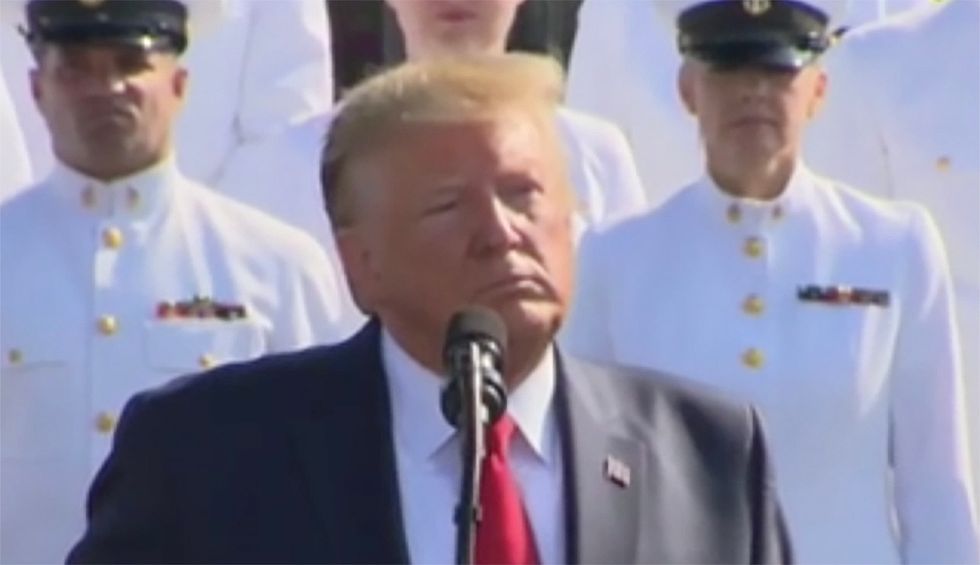 But many viewers of the event noted that Trump spent a lot of time talking about himself during his speech at the ceremony.

“It was a day filled with shock, horror, sorrow, and righteous fury. I vividly remembered when I first heard the news. I was sitting at home watching a major business television show early that morning. Jack Welch, the legendary head of General Electric, was about to be interviewed when all of a sudden they cut away,” the president said.

“At first there were different reports, it was a boiler fire. But I knew that boilers aren’t at the top of a building. It was a kitchen explosion… Nobody really knew what happened. There was great confusion,” Trump continued.

“I was looking out of a window from a building in midtown Manhattan directly at the World Trade Center when I saw a second plane at a tremendous speed go into the second tower. It was then that I realized the world was going to change.

“I was no longer going to be, and it could never ever be, that innocent place that I thought it was. Soon after, I went down to ground zero with men who work for me to try to help in any little way that we could,” Trump said.