Our partisan divide has created different Americas -- and separate lives 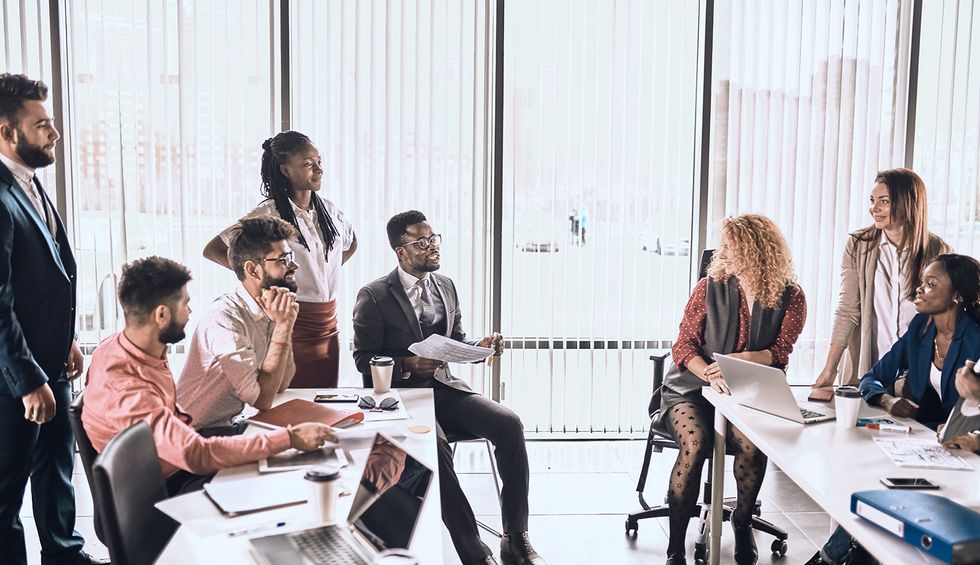 When people try to explain why the United States is so politically polarized now, they frequently refer to the concept of “echo chambers.”

That’s the idea that people on social media interact only with like-minded people, reinforcing each other’s beliefs. When people don’t encounter competing ideas, the argument goes, they become less willing to cooperate with political opponents.

The problem goes beyond the online world. In my new book, “Overdoing Democracy: Why We Must Put Politics in its Place,” I explain that in the United States, liberals and conservatives do not only differ politically.

They also live separate lives in the physical world.

This phenomenon was first documented in journalist Bill Bishop’s 2004 book “The Big Sort.” Scholars have found it has persisted into more recent years as well.

It turns out that people’s physical communities, surroundings and lifestyles can be their own form of an echo chamber. This separation is so complete that it includes not only the communities and neighborhoods where people live, but also where people shop and what brands they buy, what sort of work they do, where they worship, what sorts of vacations they take and even how they decorate their homes.

How personal do political divisions get?

It’s common knowledge that liberals and conservatives live in different places. After all, the idea of “red states” and “blue states” is based in reality. But preferences are much more local than that.

Liberals and conservatives in the U.S. systematically favor different kinds of physical environments. Even when they live in regions that might overall appear more politically mixed, liberals prefer walkable and ethnically diverse communities, while conservatives gravitate toward areas with larger houses and more private land.

Different preferences govern the most personal surroundings: One study shows that liberals and conservatives decorate their homes differently. Clocks and flags for conservatives, art and maps for liberals. According to the same research, they also fashion different workspaces. Conservatives favor neater and more orderly spaces, while liberals tend to work in offices that are less organized and more colorful.

When it comes to commerce, the contrasting stereotypes are familiar: Walmart or Target? Starbucks or Dunkin? Hybrid or pickup? Football or fútbol? Whole Foods or Kroger? Beyoncé or Toby Keith? A broad body of research suggests that these references to consumer habits are effective representatives of political views.

Political opponents tend to shop at different stores, with conservatives at Walmart and liberals at Target. Shoppers favor different brands of home coffeemaker, pet food and jeans depending on their political preferences.

Liberals and conservatives even view the very act of shopping differently. One experiment found that conservatives seek to purchase items that signal their status within a social hierarchy, such as luxury and success, while liberals seek out purchases that will establish their individuality and distinctness.

Work and home are different, too

Similar dynamics appear in other spheres of Americans’ daily lives. Over the past two decades, the American workplace, once heralded as a site of cross-partisan cooperation, has become more politically homogeneous.

Certain professions now tend to skew decidedly left or right. Lawyers, journalists and professors tend to skew liberal, whereas conservatives are prevalent in finance and medicine.

Liberals and conservatives live in different kinds of family groups. Liberals get married later in life and have fewer children. Data even show that people tend to be more romantically interested in those who share their political affliation, rather than people who don’t. In fact, Americans are more disapproving of cross-partisan relationships than they are of interracial ones.

Liberals and conservatives worship in different congregations; conservatives tend toward evangelical Christianity, while liberals are more diverse in their faith. And they take different kinds of vacations. Liberals more often vacation abroad and spend more time at beaches than conservatives, who tend to travel by car to spots where they can fish and play golf.

In ways that are not always conscious, more and more personal choices and characteristics are regarded by citizens as expressing partisan allegiances. Carrying a tote bag, wearing yoga pants, shopping at Walmart, driving a pickup truck are all ways of signaling one’s political affiliation. This in turn reinforces the fact that liberals and conservatives inhabit different social worlds, each becoming at once increasingly homogeneous within their groups and more intensely hostile toward the other.

Finding common ground in such a divided country will require more than one commonly offered solution, that people diversify their news sources. With political disputes magnified and amplified by disparate, even opposing, ways of life, it’s harder to see political rivals as fellow citizens.

Rather, they appear to be obstacles and threats. Encounters with these opposing forces breed fear and hostility, not comfort and familiarity.

With citizens sorted into physical and digital partisan enclaves, the Democratic and Republican parties find it rewarding to accentuate their differences from each other. Unwillingness to compromise or cooperate with the other side becomes a sign of integrity, leaving the business of politics undone.

To keep American democracy healthy, people all across the country will have to do more than engage with different ideas online. They’ll need to find shared interests and goals despite their persistent, and often deep, differences. The solution, it seems to me, is to find things to do together that are in no way political. But in a world where nearly everything – even carrying tote bag or driving a pickup – is an expression of one’s politics, that may be easier said than done.