On guns, Dems are expanding the Overton Window 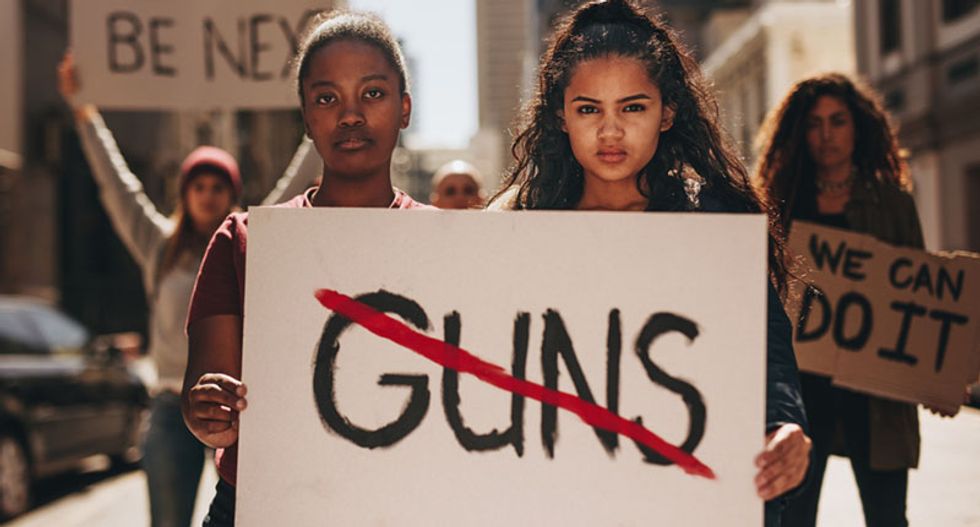 Beto O’Rourke, Cory Booker and others are taking a position formerly unthinkable among Democratic candidates. They say we should take certain guns away. O’Rourke said Tuesday: “I was asked how I’d address people’s fears that we will take away their assault rifles. I want to be clear: That’s exactly what we’re going to do. Americans who own AR-15s and AK-47s will have to sell their assault weapons. All of them.”

Let that sink in.

For years and years—and years and years—liberal Democrats fended off the accusation that what they “really” wanted in passing gun-control legislation is to take people’s guns away. Those accusations were always, always, in bad faith. They were premised on the fraudulent and malicious notion that anything less than absolute adherence to the Second Amendment was a “slippery slope” toward totalitarian tyranny. It was a lie, but even so, any Democrat who wanted to do anything (this is nowhere near hyperbole) had to contend with endless questions about “confiscation,” “gun grabbing,” and the like.

And yet here we are.

What are the Democrats thinking?

I don’t have exclusive access to any of the candidates’ minds, but if I had to guess, I’d say O’Rourke, Booker and a few trailing Democrats are doing what they can to win time, money and attention in their bids for the Democratic nomination. You could reasonably say they are taking on a fringe point of view in the hope of getting what they haven’t gotten in their campaigns, and so far that appears to be working.

There’s a less cynical way of looking at it. During the years and years—and years and years—in which liberal Democrats fended off accusations of wanting to take people’s guns away, they knew they were losing the fight over gun policy but hadn’t yet conceded defeat. They had at least some reason to hope the Republicans would accede to commonsense in the end. The 2012 Sandy Hook massacre put a stop to that magical thinking, and every mass shooting since has affirmed that terrible conclusion.

When partisans realize they lost, and after they accept defeat, they usually turn to new strategies, an innovative period of interest to the late EE Schattschneider. In a famous book called The Semisovereign People, the Wesleyan political scientist theorized that losers search for people outside the “scope of conflict” in order to change the outcome of the fight. This, he said, constitutes the organization and structure of the “pressure system.” Years later, the late Joseph Overton added to Schattschneider’s theory. His “Overton Window” is the range of ideas tolerable for debate. The goal of partisans, good and bad, is opening the “window” to include their priorities and objectives.

Since 2012, the Democrats have slowly widened the scope of conflict to include reinstituting the federal ban on military-style weapons (AR-15s particularly); a public-relations assault on the waning reputation of the National Rifle Association (turning it into a boogeyman; for instance, San Francisco’s Board of Supervisors yesterday voted to declare the NRA a “domestic terror organization.”); and some minor city- and state-level efforts to tax bullets (Elizabeth Warren wants to do that at the federal level).

But no Democrat until recently has ever—ever—said you’re right: We want to take your guns away. (Specifically, the idea is passing a law forcing gun-owners to sell certain types of firearms to the US government. This is sometimes called “compulsory buyback.”)

That’s why you should take a moment.

Let that sink in.

Will it work? No idea. But the gambit has already yielded results. Look to the reaction among some Republicans, particularly those warning of violence imminent in buying back guns. What they are saying without actually saying is that some gun-owners can’t be trusted to obey the law, which is an amazing thing to say. After all, gun-rights defenders tell us gun control can’t stop criminals from law-breaking. It only punishes “law-abiding” citizens. Like everything else in gun politics, such claims were a lie.