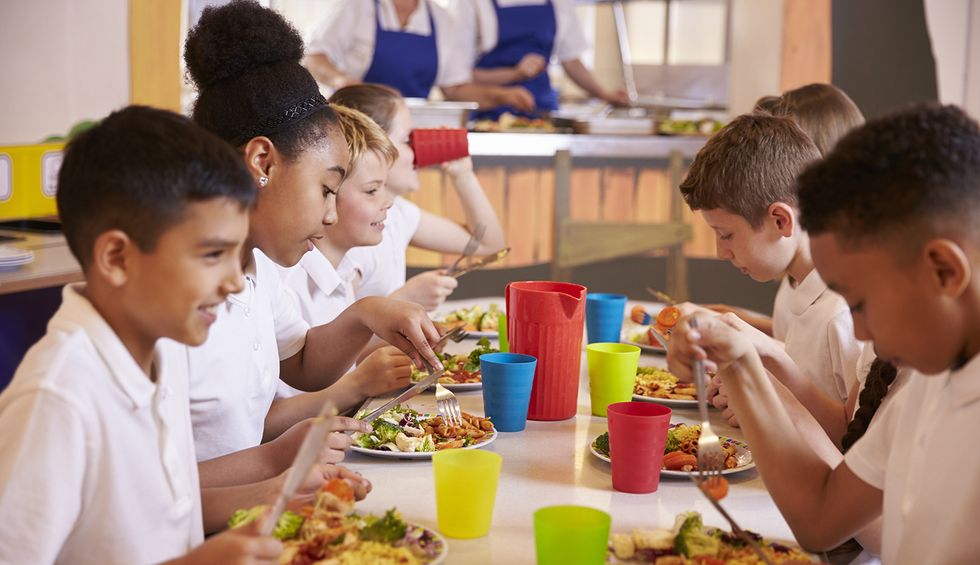 Jefferson, who recently celebrated his ninth birthday, had a pretty terrible day. In fact, the student at Green Primary School in Green, Ohio, near Canton, called it the worst birthday ever. Why? As his grandmother, Diane Bailey alleges, Jeffrey’s lunch — including cheesy breadsticks — was taken away because his school lunch account had gone negative.

Afterward, he came home and told his grandmother. Now she’s speaking out and hoping for real change so more kids aren’t humiliated in the school cafeteria.

Jefferson had come home with a letter from the school stating that his account was in the negative a few days before the incident. Along with his two brothers, he had moved to Ohio just a month ago to live with their grandmother. Bailey explained that, while the children are supposed to all qualify for free and reduced lunch, she had been advised by the school administration that she could write a check to cover the lunch balance until the paperwork went through.

This is a good point. It doesn’t make sense mainly because, as all too often feels the norm today, the cruelty is the point.

Julie McMahan, director of communications and community relations for Green Local Schools, told ABC News that the school has changed its guidelines. Now, no child from kindergarten through 12th grade will be given an alternative lunch (e.g., a cold cheese sandwich) over balances owed. Whether or not this would have changed without viral outrage is unknown, but it’s wonderful to see a step forward.

Before the story went viral, things had looked less hopeful. “We are reviewing all of those specifics. We’re considering the idea of raising that debt cap from 15 to make sure that the student experience is positive in the lunchroom,” Assistant Superintendent Alana Niemiec said.

For big-picture discussion, this point is still worth parsing out. What’s wrong with just lifting the amount? Raising a cap perhaps gives parents a little more room to breathe, but for people who are struggling to cover school lunches, it’s just keeping the cycle of stress and shame alive—especially for families with more than one child going to school.

Ultimately, these shaming practices need to end—countless studies confirm that kids do better in school and exhibit better behavior when they’re fed. Beyond this, it’s simply the ethical and humane thing to do. It’s well past time for schools to move beyond shaming and punishment.

Some more hope? Democrats from Minnesota, Sen. Tina Smith and Rep. Ilhan Omar, introduced a bill a few months ago to combat school lunch debt shaming. The bill would ban practices that single out or punish students who have lunch debt. Schools that don’t shame hungry kids would be reimbursed by the federal government for the cost of the meals.

And kids wouldn’t be hungry! What a thought.