‘Obviously in mental decline’: Anthony Scaramucci predicts Trump will drop out of 2020 race 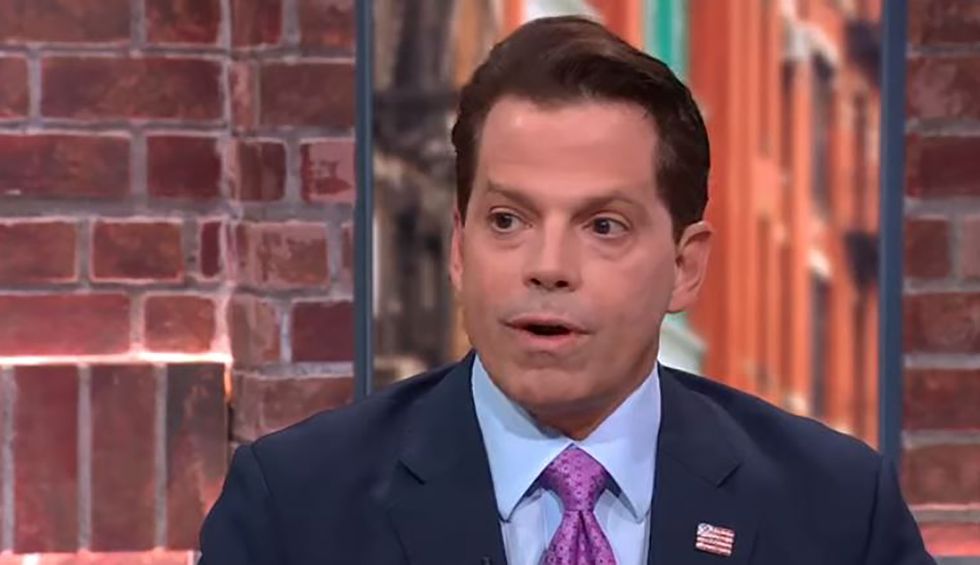 Anthony Scaramucci doesn’t think President Donald Trump will make it to the next election.

The former White House communications director turned Trump critic appeared on CNN’s “New Day,” where he said the president showed clear signs of mental decline — and he wondered why his aides weren’t doing anything about it.

“If you look at a whole pattern of speech and deterioration of his syntax — I’m not a psychologist so I’m not going to clinically evaluate him — (but) as a person, as a voter, you’re saying the guy is obviously in mental decline,” Scaramucci said. “What I find sad and troubling, is there’s a group of people around him that are loyal and like him, they’re not addressing him. CNN is showing a clip like that, which is incredibly embarrassing.”

Scaramucci predicted that Trump’s popularity would continue to droop, and he would eventually drop out of his re-election campaign.

“It’s not clear to me that he’s going to make it,” Scaramucci said. “I still predict that poll numbers are going to go much lower, and I predict that, like Lyndon Johnson, before he gets there.”

“He’s going to continue to disassemble, he’s going to amp up the bullying and the nastiness and it’s going to turn off at least another 10 percent of his base,” Scaramucci added, “and then it’s basically over.”