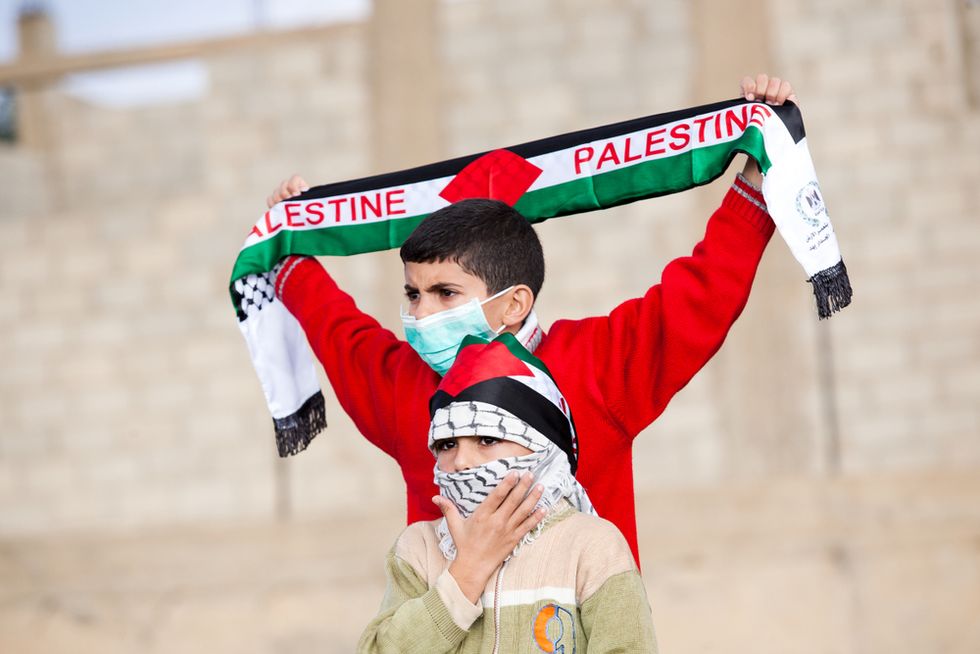 HBO has a series based on a real-life crime in Israel—a 2014 case involving (in the New York Times‘ words) “a Palestinian teenager snatched off a Jerusalem street by Orthodox Jews, choked, bludgeoned and burned to death in a forest at dawn.”

For Israel? Yes, and by “Israel,” Times Jerusalem correspondent Isabel Kershner means Jewish Israelis; in her eyes, they are the ones for whom the murder of 16-year-old Palestinian Muhammad Abu Khdeir was a “national trauma”:

It was the extraordinary coldbloodedness of the murder that made it true-crime movie material in the first place…. But Our Boys, a 10-part series that started this month on HBO, is under attack in Israel largely because of that singularity.

Some critics have accused the creators of skewing reality and ignoring what they say is the more common scourge of Palestinian terrorism against Israelis, creating a false equivalency between the two and tarnishing Israel’s image.

Kershner might have pointed out that the accusation that Palestinians murdering Jewish Israelis is a “more common scourge” is an absolute inversion of reality. Instead, to cite an example of “some critics” who think it’s “skewing reality” to focus on a single Palestinian death, she turns to Yair Netanyahu, the son of Israeli Prime Minister Benjamin Netanyahu, who said on Twitter (8/21/19):

The series tells the whole world how the Israelis and Jews are cruel and bloodthirsty murderers, and how the Palestinians are badly done by and oppressed.

The tweeter’s father, as prime minister since March 2009, is responsible for nearly every one of those 785 Palestinian children killed by his security services.

After quoting the younger Netanyahu, Kershner acknowledges that Palestinians watching the series “also had painful memories.” As an example, she offers the parents of the murdered boy, who no doubt felt at least as bad watching a TV show about their dead child as the prime minister’s son did.

Did somebody say “false equivalency”?