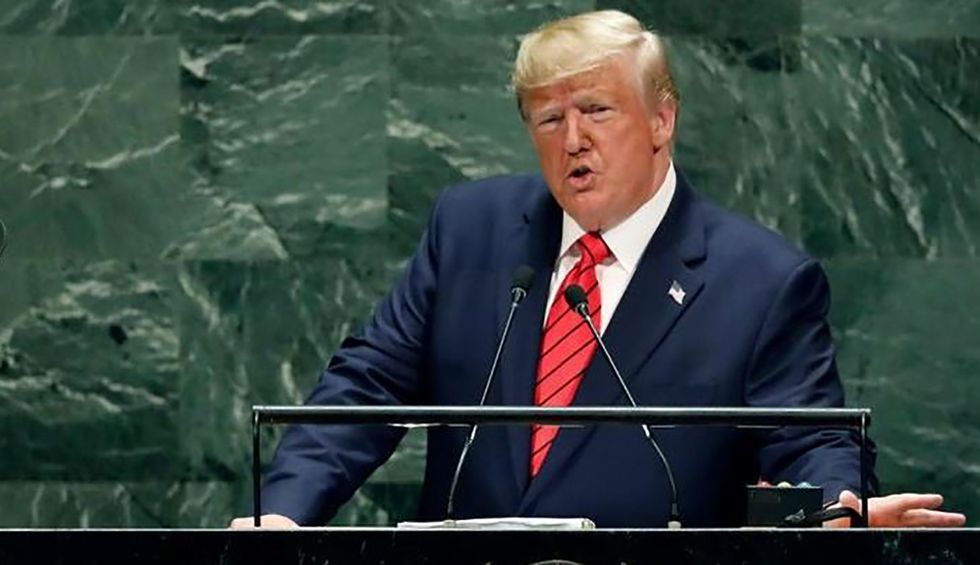 On Tuesday, President Donald Trump took the podium to deliver a deeply ideological address at the United Nations General Assembly.

As the president spoke, commenters on social media expressed their shock at his bizarre attacks on immigrant rights groups, his alleged use of white nationalist dog whistles, and his apparent desire to antagonize every other country he could think of.

A few other commentators noted his general lack of energy and slurred speech, and the fact that even members of Trump’s own Cabinet appeared unable to sit through all of this:

Utterly bizarre, utterly lifeless speech by Trump at the United Nations. Seems like he hates being there and is mak… https://t.co/mab2o3O8S5
— Crispian Balmer (@Crispian Balmer)1569336761.0

TRUMP uses an anti-Semitic dogwhistle during his UN speech: "The future does not belong to globalists. The future b… https://t.co/gx405ZwLmJ
— Aaron Rupar (@Aaron Rupar)1569334800.0

This sleepy nationalist speech contains a few lines which are worth analysis: “if you want freedom, take pride in… https://t.co/ySlVRHy5vF
— John Avlon (@John Avlon)1569336641.0