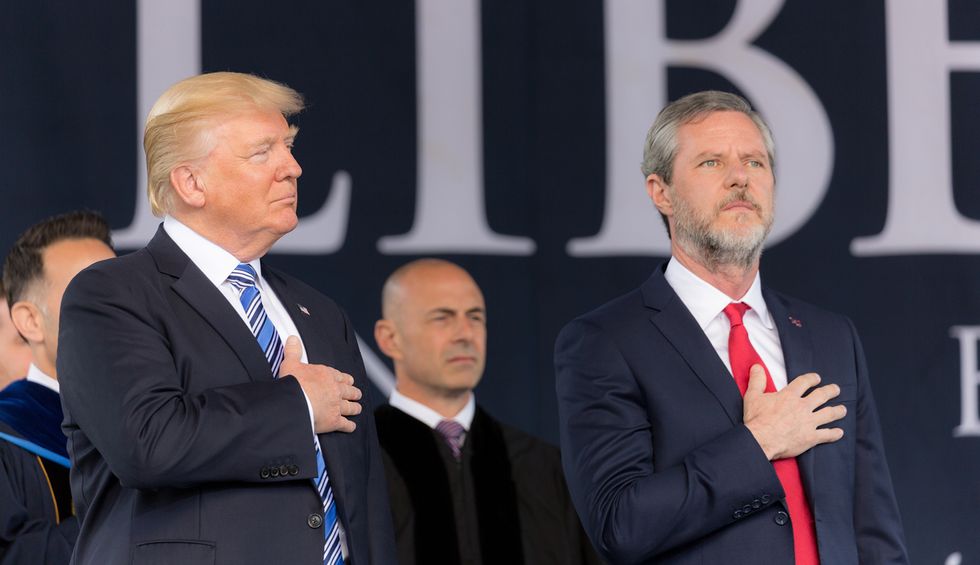 More than two dozen current and former Liberty University officials revealed their growing disenchantment with president Jerry Falwell Jr. — whose leadership they described as a “dictatorship.”

The school uses nondisclosure agreements to silence university employees and board members, but many of them agreed to speak anonymously to reporter Brandon Ambrosino, a Liberty graduate, for an article published by Politico.

“I feel like I’m betraying them in some way,” said one longtime current employee with ties to the Falwells. “But someone’s gotta tell the freakin’ truth.”

Liberty sources revealed that Falwell partied at nightclubs and graphically discussed his sex life with employees, and they said he and his wife had been consolidating power and directing university resources to projects and real estate deals for himself and his friends.

“We’re not a school, we’re a real estate hedge fund,” said a senior university official with knowledge of Liberty’s finances. “We’re not educating, we’re buying real estate every year and taking students’ money to do it.”

Falwell took over the university in 2007, after his namesake father’s death, and his brother Jonathan took over Jerry Falwell Sr.’s Thomas Road Baptist Church.

The nonprofit university had listed assets of just over $259 million at that time, but its IRS filing in 2017 showed assets surpassing $2.5 billion, driven by a surge in online students — but many close to Falwell expressed concerns about where tuition money goes.

“We’re talking about the difference between right and wrong,” a current high-ranking university official said. “Not even ‘being a Christian,’ but being a good person, versus people who manipulate the system.”