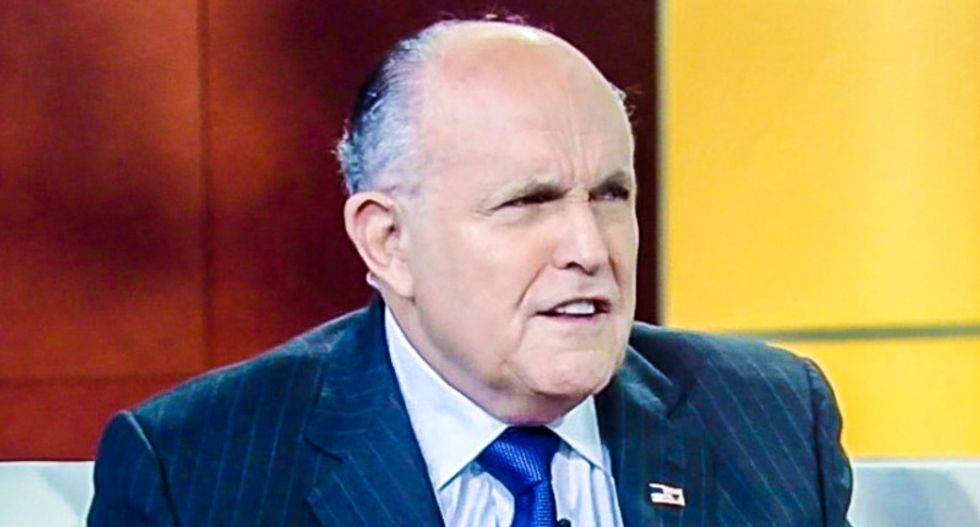 With more Democrats in the House of Representatives moving in favor of an impeachment inquiry into President Donald Trump's conduct, the president’s attorney, former New York City Mayor Rudy Giuliani, said Friday that Democrats should be stopped in court from going forward.

But as legal experts quickly pointed out, Giuliani — who has served as a U.S. attorney — made an argument that's completely contrary to the U.S. Constitution.

On Twitter, Giuliani said of House Judiciary Committee Chairman Jerry Nadler, “Based on no evidence supporting original falsified charge, Nadler wants to impeach. The entire investigation should be challenged in court as an unconstitutional attempt to destroy POTUS for political advantage. All the witch-hunt committees should be challenged in court.”

But Asha Rangappa, a CNN contributor and former associate dean at Yale Law School, saw Giuliani’s tweet and responded, “The Constitution gives the House the sole power of impeachment. While the process is quasi-judicial in form, the grounds on which it might choose to bring articles of impeachment are ultimately a political question in which the courts are not going to get involved.”

In response to Rangappa’s tweet, Elie Honig (a legal analyst for CNN), posted, “Exactly right. The Constitution even uses this exact language: ‘SOLE power of impeachment.’ What doesn’t Rudy understand about ‘sole?’”

The Constitution gives the House the sole power of impeachment. While the process is quasi-judicial in form, the gr… https://t.co/iRs6fe1iLp
— Asha Rangappa (@Asha Rangappa)1568390160.0

“Legislate, investigate, litigate — that’s the path that we’ve been on, and that’s the path we continue to be on,” Pelosi told reporters during a press briefing on Thursday.

Pelosi went on to say, “Impeachment is a very divisive measure, but if we have to go there, we’ll have to go there. But we can’t go there unless we have the facts, and we will follow the facts.... and make our decision when we’re ready.”

On Thursday, the House Judiciary Committee, controlled by Democrats, voted to approve a set of rules for the ongoing inquiry of potentially impeachable conduct.