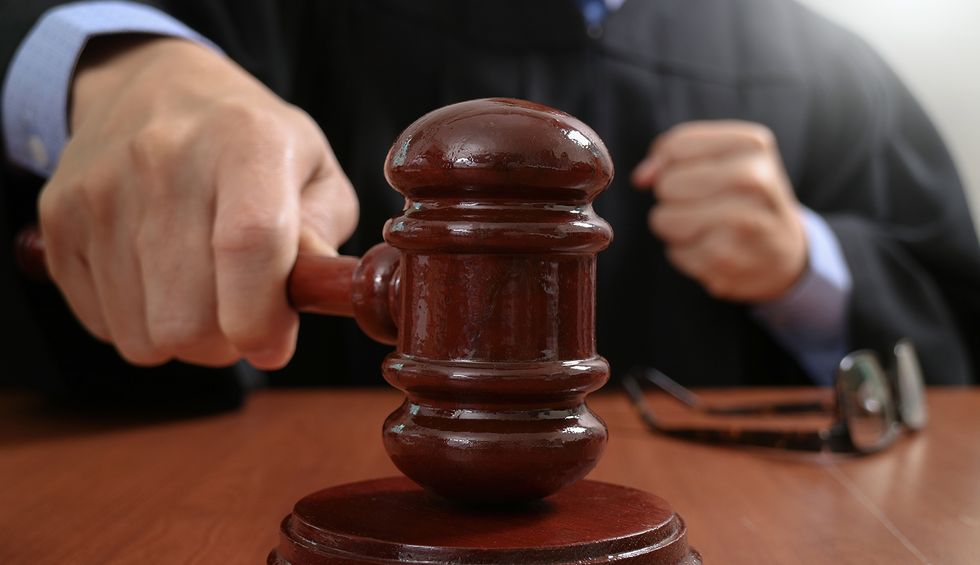 By Chase Karacostas, The Texas Tribune

"Lawyers say the Texas judge who presided over this Jewish death row inmate's trial later called him anti-Semitic slurs" was first published by The Texas Tribune, a nonprofit, nonpartisan media organization that informs Texans — and engages with them — about public policy, politics, government and statewide issues.

Lawyers for "Texas Seven" gang member Randy Halprin, who is Jewish, requested a stay of his execution set for Oct. 10 amid allegations that the judge who handled his case in 2003 made racist and anti-Semitic comments during his time on the bench.

In a filing Thursday, Halprin's lawyers accused former criminal court Judge Vickers Cunningham of describing Halprin using expletive-laden anti-Semitic comments after the trial ended. The Dallas Morning News also reported during Cunningham's 2018 Republican primary race for Dallas County commissioner that each of his children could only receive an inheritance by marrying a straight, white Christian. During the election, Cunningham acknowledged putting such stipulations in his will. He lost the race by 25 votes.

Halprin is on death row for capital murder in connection to a high-profile 2000 prison escape during which seven inmates went on the run. The group robbed a North Texas sporting goods store on Christmas Eve, and Irving police Officer Aubrey Hawkins was shot and killed as he responded to that crime. The escaped inmates fled to Colorado, where most of them were arrested in January 2001.

Four of the gang members have already been executed, and a fifth shot himself before police could arrest him. The seventh member is also scheduled to be executed this fall.

Halprin's attorneys wrote in the Texas Court of Criminal Appeals filing that Cunningham could have biased the case in areas ranging from jury selection to evidence submission. Cunningham also prevented the jury from knowing that state officials labeled Halprin as the "weakest" of defendants, according to court documents, which his attorneys said might have caused jurors to consider alternative sentences to the death penalty. Cunningham has denied the allegations of bias in Halprin's case, and of being racist and anti-Semitic, according to various news reports.

The 69-page filing calls Cunningham a "racist and anti-Semitic bigot" in the first sentence and accuses him of believing Jews “needed to be shut down because they controlled all the money and all the power.” Halprin's lawyers also wrote that minorities who walked into his courtroom knew they were "going to go down" regardless of the evidence or what happened at the trial.

Halprin's federal public defender, Tivon Schardl, said they began looking into Cunningham following the Morning News' investigation last year. Prior to that, Schardl said they had never heard of any evidence of anti-Semitic bias in the case.

Dallas County District Attorney John Creuzot took the rare step of declining to oppose Halprin's filing, which the convicted killer's lawyers are using as further evidence in their accusation that Cunningham unfairly biased the trial. The Court of Criminal Appeals filing is part of a federal court appeal requesting a new trial for Halprin based on Cunningham's alleged comments.

Schardl said he was grateful to Creuzot but not necessarily surprised by the decision, considering the district attorney campaigned on eliminating bias in the criminal justice system in Dallas.

"That's not just a campaign promise. I think he really believes that," Schardl said. "It was remarkable compared to historical precedent, but I think given who John Creuzot is and what he stands for — it was a pleasant surprise but not super shocking."

Neither the district attorney nor Cunningham has responded to The Texas Tribune's requests for comment.

Halprin testified during the 2003 trial that he did not shoot Hawkins, but his capital murder charge did not require him to have done so in order to still receive the death penalty. The state only had to prove that he intended to kill Hawkins or anticipated the killing would occur. Halprin's lawyers attempted to challenge the use of this reasoning when it came to sentencing, but Cunningham denied it, according to court documents.

Cunningham also presided over the trials of three other members of "Texas Seven" before Halprin.

This article originally appeared in The Texas Tribune at https://www.texastribune.org/2019/09/06/randy-halprin-says-texas-judge-used-anti-semitic-slurs-after-trial/.