Julián Castro slams Joe Biden and suggests his memory is failing: 'Are you forgetting what you said two minutes ago?' 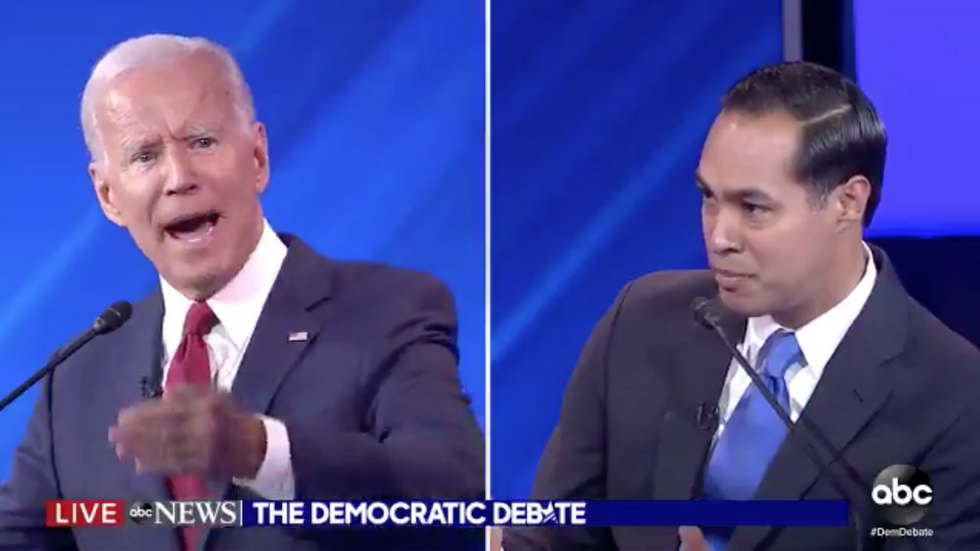 In one of the most stunning moments of Thursday night's Democratic presidential primary debate, the former Secretary of Housing and Urban Development Julián Castro went after frontrunner and ex-Vice President Joe Biden on a subject most of his opponents have thus far avoided: his age.

"They do not have to buy in," Biden said.

While there have been some moments in the campaign thus far that have genuinely raised questions about Biden's mental acuity, this one did not. Castro seemed to be lashing out to cover for his own mischaracterization of Biden's plan and suggesting that an incomplete explanation of that plan would constitute a troubling memory lapse. It was a cheap shot.