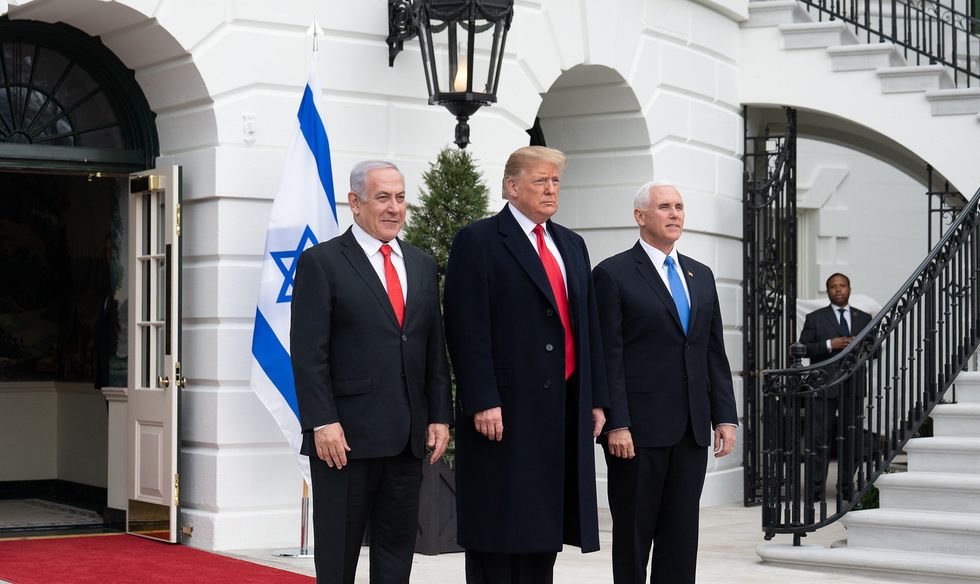 President Donald Trump has been a strident supporter of Israeli Prime Minister Benjamin Netanyahu, angrily attacking Democrats for being — as he sees it — insufficiently pro-Israel. Nonetheless, Israeli intelligence has, according to Politico, allegedly attempted to spy on the United States in the Trump era, and one source alleges that the Trump Administration has yet to rebuke them for it.

Politico’s Daniel Lippman is reporting that according to “three former senior U.S. officials,” cell phone surveillance devices found near the White House and other “sensitive locations” around Washington, D.C. were “most likely” placed there by people in the Israeli government. And one of the three alleges that the Trump Administration has not rebuked the Israeli government for it.

Lippman reports that according to one of the officials, the small surveillance devices were “most likely” intended to spy on Trump along with his top aides and closest associates. However, Lippman adds that it is “not clear” whether or not the spies were successful.

The former officials Politico interviewed said that based on extensive forensic analysis, the FBI and other government agencies determined that Israeli agents were the ones who had placed the surveillance devices in Washington, D.C.

“It was pretty clear that the Israelis were responsible,” one of the former officials alleged to Politico.

Lippman also reports that Trump has been “lax” when it comes to observing White House security protocols and that he has “often used an insufficiently secured cellphone to communicate with friends and confidants.”

One of the former officials asserted that when it comes to gathering intelligence, even a close ally like the U.S. is fair game for the Israeli government. That ex-official told Politico, “The Israelis are pretty aggressive…. They’re all about protecting the security of the Israeli state, and they do whatever they feel they have to to achieve that objective.”

But Netanyahu has vehemently denied that Israel had anything to do with the placement of those surveillance devices — insisting that the United States is off limits when it comes to intelligence work and describing allegations of Israeli spying in Washington, D.C. as “a complete fabrication.”

The Israeli prime minister told reporters, “We have a directive, I have a directive: no intelligence work in the United States, no spies. And it’s vigorously implemented without any exception.”

Elad Strohmayer, a spokesperson for the Israeli Embassy, was equally vehement in his denial — stressing, “These allegations are absolute nonsense. Israel doesn’t conduct espionage operations in the United States, period.”