'I'm not living without guns!': The View's Meghan McCain lashes out and says there will be 'violence' over firearm laws 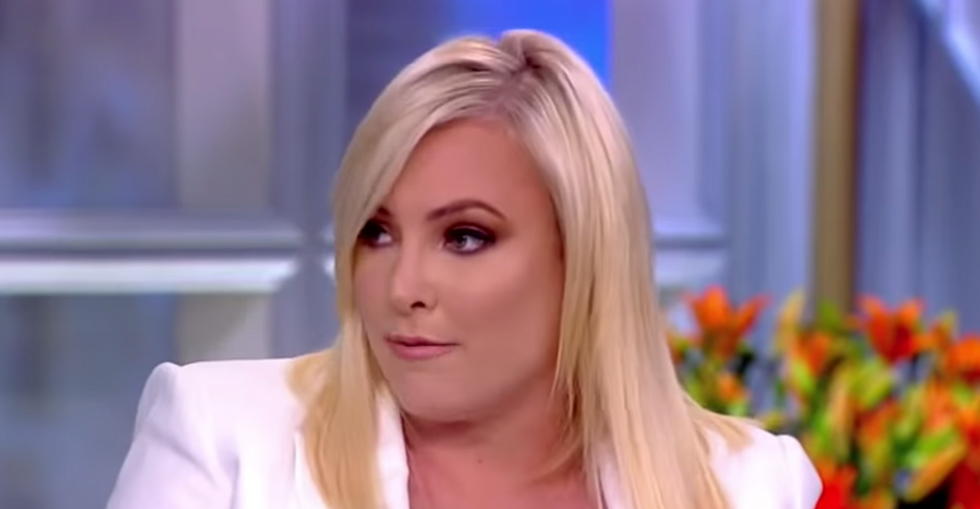 Meghan McCain bristled during a discussion of gun safety laws after co-host Sunny Hostin reminded her of the children killed in recent mass shootings.

“The View” returned Tuesday for its 23rd season, and McCain told her colleagues that she spent her portions of August break shooting guns and fishing in Wyoming, and she strongly resisted any suggestions for restricting gun ownership despite a string of mass shootings that have left dozens dead.

“This is a ground-level issue for me,” McCain said. “If you’re going to be a gun grabber, you don’t get my vote, period. We’ve got to have a different kind of conversation, which is what Beto O’Rourke, I interpret, and many other candidates to be.”

Co-host Joy Behar pointed out that a previous assault weapon ban signed by President Bill Clinton had reduced gun violence until it was lifted, but McCain argued that the military-style rifle used in the worst mass shootings had become too popular to ban.

“The AR-15 is by far the most popular gun in America, by far,” she said. “I was just in middle-of-nowhere Wyoming, (and) if you’re talking about taking people’s guns from them, there’s going to be a lot of violence.”

Behar argued that those same gun owners had lived without AR-15 rifles for years, and McCain exploded.

“I’m not living without guns!” she said. “It’s just that simple.”

McCain protested that Hostin’s argument was unfair attack on her point of view.

“All right, all right,” McCain said. “All right. How about being virtue signaled at 20 minutes into the first show back?”

Co-host Abby Huntsman asked whether Americans had a right to feel safe from random shootings.

“How about when we can walk in a mall and not be nervous that someone is going to pull out an assault gun?” Huntsman said.

McCain argued that she felt safe because she carried a gun, and again complained that no one agreed with her.

“None of you feel safe?” she said. “Again, I feel safe that I can protect myself, and I have guns at my house.”

“All right,” she said, sipping from her mug. “Welcome back.”