‘I know nothing’: Trump furiously denies having anything to do with Air Force and Mike Pence stays at his resort 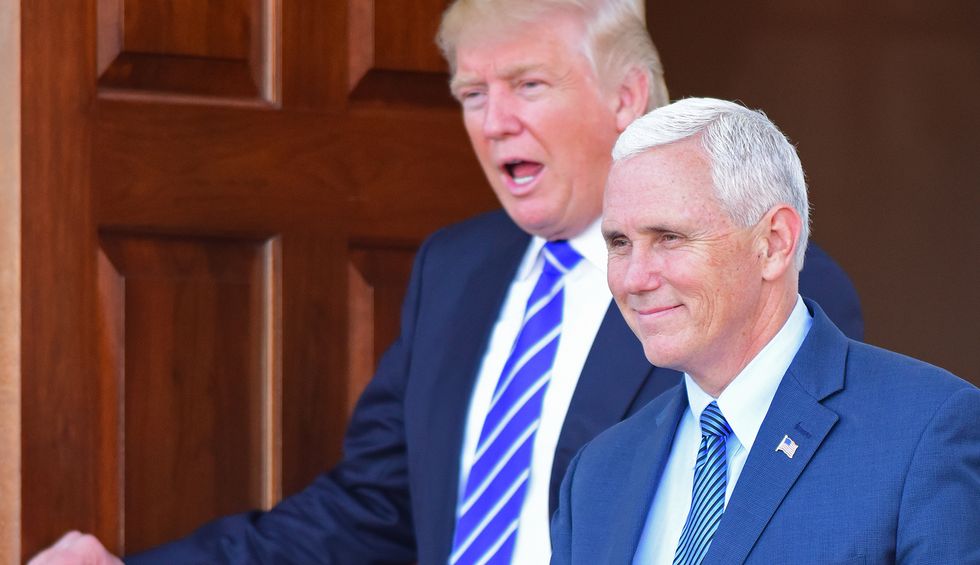 President Donald Trump blasted out two tweets minutes apart Monday morning, denying he had anything to do with and even any knowledge of the Air Force all of a sudden choosing to use a commercial airport just miles away from his Turnberry, Scotland resort to refuel, and subsequently staying at the luxury golf club, and his Vice President staying at his Doonbeg, Ireland luxury resort – despite having meetings 180 miles away.

“I know nothing,” Trump insisted after reports revealed a five-fold increase at overnight stays near that small Scottish airport, and a three-fold in crease in re-fueling stops there.

He issued a similar denial at 9:52 AM about Vice President Mike Pence’s highly-criticized stay-over at Doonbeg, which would have been a three-hour drive to his meetings literally across the country had he driven. The vice president used Air Force Two repeatedly to travel to his meetings.

“I had nothing to do with the decision of our great @VP Mike Pence to stay overnight at one of the Trump owned resorts in Doonbeg, Ireland. Mike’s family has lived in Doonbeg for many years, and he thought that during his very busy European visit, he would stop and see his family!” Trump tweeted.

The president neglected to mention that this use of taxpayer funds is inappropriate. Pence also said he paid Trump for the stays of his family members, which further enriched the president.