Hurricane Dorian remains parked over what was Grand Bahama, as the U.S. prepares for surge 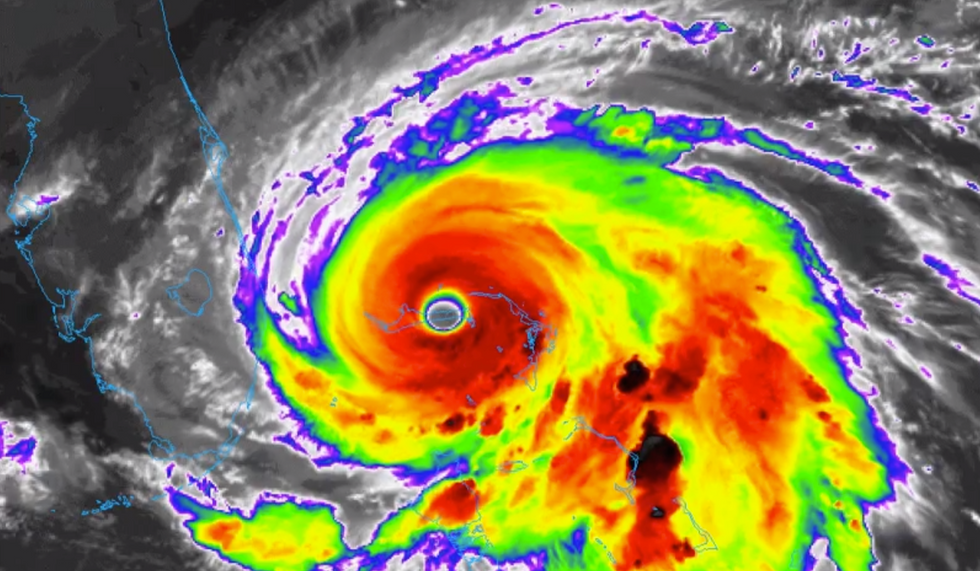 The images and videos coming from Grand Bahama have been horrific in the extreme, but the most amazing thing may be that there are any images at all. After three days of being occupied by a hurricane that moved in to stay, and that is still moving away at less than one mile an hour, any structure that survives should immediately become a national monument. And the United States, along with the world, should be preparing to rush assistance to an area that has suffered an extraordinary event.

As of 8:00 AM ET, the sustained winds from Dorian have dropped to 120 mph. The core of its eye is now a few miles north of Grand Bahama, and wind speeds over parts of the island have fallen within the tropical storm range, even though wind-driven surge continues to overtop much of the island. In fact, radar images indicate that what remains above water is just a small fragment of what was Grand Bahama—a chain of smaller islands that represent the tallest points on an island that is a mountain-free, and mostly solid-rock-free, sandbar.

Much of the material on Grand Bahama is composed of ancient sands that are actually  fragments of reefs left high and dry when water levels plummeted during the ice age. For centuries, that sand blew around the basin of a Bahamian desert that remained when the water dropped by hundreds of feet. With the return of the sea, the tallest hills and dunes, cemented by a thin crust of calcite, became the islands of the Bahamas. Islands that began as survivors of one climate crisis are being torn apart by another.

But the best news for everyone on the island is that Dorian is finally beginning to move.

The long passage over Grand Bahama has allowed Dorian to turn even more than models previously suggested it would. Now moving along at a relatively speedy 1 mph, it is expected to pass even further east of Florida than previously thought. However, the U.S. coast from West Palm Beach north is still in danger from a storm surge that may range from 4 feet to 10 feet in some locations. As Dorian gains speed, its movements are becoming easier to predict.

Chef José Andrés is preparing to hit the beaches with 10,000 sandwiches for the survivors of the storm.

One thing to note about all these images and videos that have come from the island: There don’t seem to be any new videos or messages in the last few hours, suggesting that the power and cell infrastructure to support transmitting information may be gone.