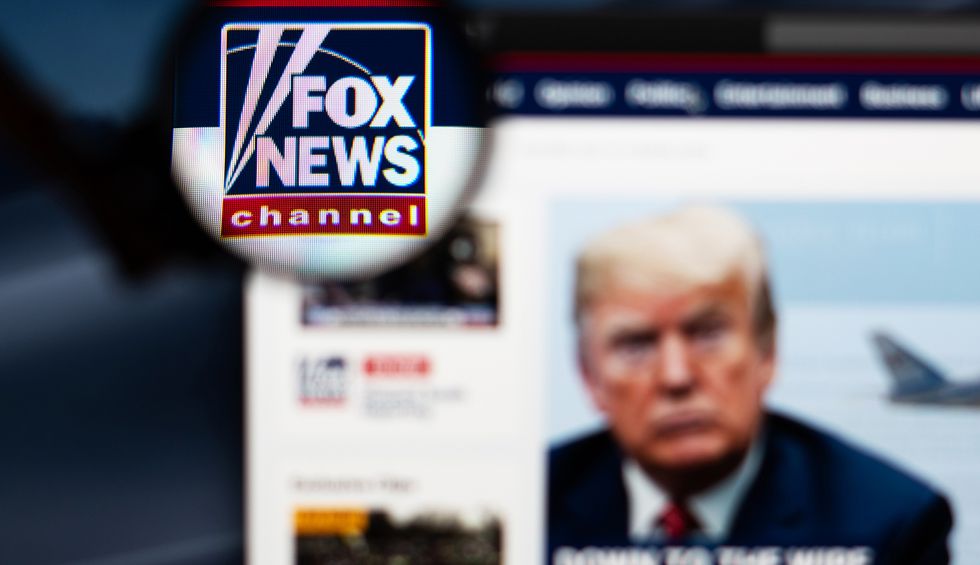 Although some people at Fox News will offer critical analysis of President Donald Trump — Judge Andrew Napolitano, Chris Wallace and Shepard Smith, for example — the right-wing cable news outlet frequently echoes Trump White House talking points. And according to a report by Media Matters’ Lis Power, some Fox News anchors did that on Wednesday when they used the same talking points that had been circulated in a White House memo titled “What You Need to Know: President Trump’s Call With President Zelensky.”

The White House memo addresses Trump’s July 25 phone conversation with President Volodymyr Zelensky and media reports that Trump tried to pressure Zelensky into digging up dirt on former Vice President Joe Biden as well as his son, Hunter Biden. The reports are so troubling that House Speaker Nancy Pelosi — after months of adamantly resisting impeachment — sent shock waves through the federal government when she came out in favor of an impeachment inquiry on Tuesday. But in its memo of pro-Trump talking points, the White House tried to make the July 25 conversation sound perfectly innocent. And Power notes that three talking points in the memo “were explicitly pushed by Fox News during its September 25 reporting following the release of the call memorandum, including using the White House’s suggested framing that questioned and cast doubt on earlier reports.”

Those talking points, Power notes, were: (1) that “press reports have given currency to flat-out falsehoods about the call,” (2) “Myth: the president offered a quid pro quo” when speaking to Zelensky, and (3) there was no “promise” made by Trump during the conversation.

The Ukraine scandal started after a whistleblower in the federal government came forward and reported that Trump had made a troubling “promise” to a foreign leader. And that leader was later revealed to be Zelensky.

As part of #1, the White House memo claimed that Trump, speaking to Zelensky, didn’t ask the Ukrainian president “eight times” to investigate Biden. And Power reports that “Fox hosts fixated throughout the morning’s reporting on the fact that former Vice President Biden wasn’t explicitly mentioned exactly eight times in the call summary released by the White House.”

Fox News anchor Bret Baier, for example, said, “I don’t see eight times Joe Biden being mentioned. I count three, tangentially. So some of the early reporting may have been something different.”

Power notes that another Fox News anchor, Catherine Herridge, used the White House’s “the president offered a quid pro quo” talking point when she referenced “earlier reporting that was anonymously sourced that it was this quid pro quo over U.S. aid to the Ukraine.”

Finally, Power observes that Fox News Chief White House Correspondent John Roberts (not to be confused with the U.S. Supreme Court’s chief justice) used the White House talking point about no “promise” when he said, “Initially, people were breathless saying the president promised something to Zelensky…. and none of that exists in this transcript.”

Power concludes her report by asserting, “The Trump Administration and Fox News have effectively merged. This is merely the latest example.”