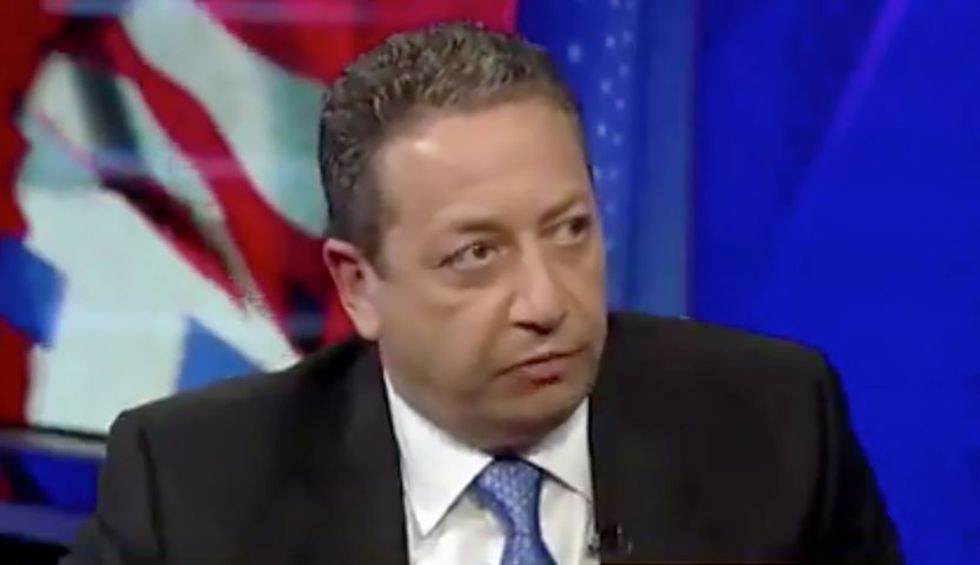 From September 2015 on, real estate developer Felix Sater ran point on Donald Trump's secret deal to build a Trump Tower in Moscow, a crown jewel Trump had been chasing for at least a decade. Sater, a lawbreaker and former U.S. intelligence source, worked in direct collaboration with Trump's erstwhile lawyer/fixer Michael Cohen to line up Russian partners and even woo Russian President Vladimir Putin and his allies with the promise of a $50 million penthouse in the structure. The deal, which Trump never revealed to the public during his candidacy, eventually went bust in the summer of 2016, about six months later than Cohen originally suggested in his sworn testimony to Congress. Cohen's lie to congressional investigators is at least partially responsible for landing him in jail.

But the public has yet to hear the tale of Trump Tower Moscow as told through the eyes of Sater, who has been privately questioned twice by the House Intelligence Committee. The hang-up seems to be that House investigators question how transparent Sater has been regarding the trove of documents they requested from him regarding the deal.

A House Intelligence Committee staffer told Mother Jones magazine that Sater "still has not fully cooperated" with the panel in providing the materials it has subpoenaed from him. Once investigators are satisfied that Sater has been fully forthcoming, the committee intends to publicly release the transcript of Sater's private sessions, according to the staffer. “We are still actively pursuing a number of open questions, including whether Mr. Sater played a role in assisting Michael Cohen to obstruct the committee’s investigation.”

Sater's attorney, Robert Wolf, told Mother Jones that his client has "fully complied" with the committee's requests of him on July 30, 2019. But Wolf said Sater had objections to providing certain materials "based upon attorney client privilege" that the committee promised to address at a later date. "However, no further correspondence has been received from the Committee in the last six weeks addressing the privilege objection," Wolf added.

Whatever the hang-up, the full story behind Trump Tower Moscow still has not been publicly aired and should be. Trump repeatedly denied having any business dealings with Russia during the 2016 election even as he took pains to praise Putin's leadership rather than criticize it.