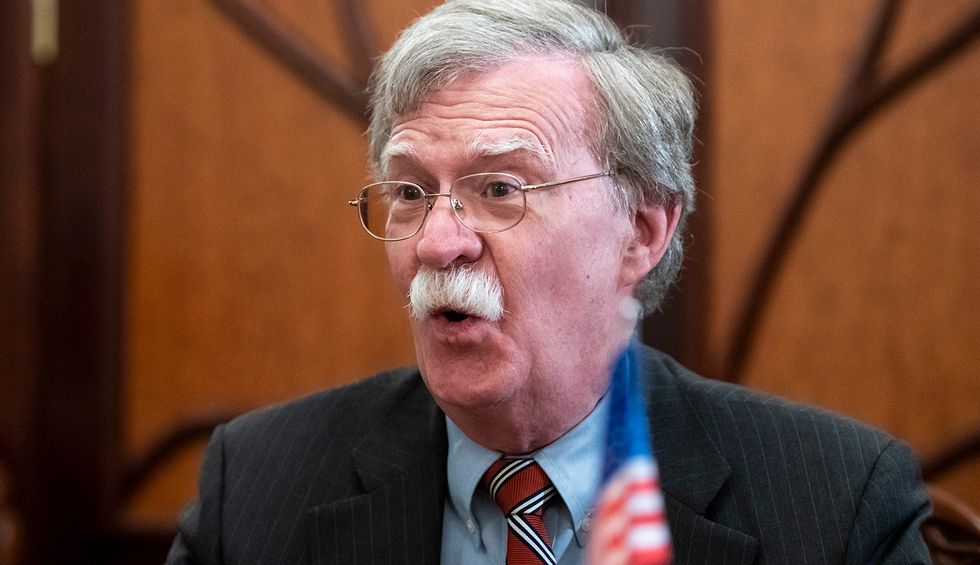 Everyone who works in the Trump White House eventually outstays their welcome and John Bolton was no different. In a series of tweets on September 10, Donald Trump announced he’d fired his national security advisor — although Bolton insisted he’d offered his own resignation the day before.

The immediate catalyst for Trump’s action appears to have been Bolton’s opposition to peace talks with the Taliban and a plan to bring its leadership to Camp David for a summit. The failure of those talks seemed to vindicate Bolton and humiliate Trump. Doubtless, this was simply the straw that broke the camel’s back as far as Trump was concerned.

There’s a great danger in trying to read too much logic into Trump’s actions. To assume that Trump fired Bolton because of some long-term or deep-rooted philosophical disagreement about US foreign policy, as opposed to a whim, risks imposing a rationality on events where no such thing may exist. Nevertheless, it’s possible to identify some substantive reasons for this parting of the ways.

On the face of things, Bolton was a pretty good fit for the Trump administration. There was an extensive overlap between his fundamental views and some of Trump’s positions. They share a contempt for multilateralism, international organizations — particularly the United Nations, to which Bolton was former US ambassador — and international law, along with a disdain for the European Union and many of the US’s traditional allies.

They also appear to have in common a belief in the importance and utility of military force. Yet in practice their apparently shared hawkishness was only skin deep. It is this, primarily, which was the cause of the eventual parting of the ways.

Throughout his career, Bolton consistently believed in the utility of military force as a tool to proactively reorder the world in America’s interest. In the run up to the Iraq War he repeatedly insisted that war was the only recourse that would serve to achieve America’s goals. No alternative — not sanctions, not diplomacy — would halt Saddam Hussein’s march to nuclear weapons.

Despite the less than optimal outcome of that war, he could nevertheless be found — a decade later — making exactly the same arguments about Iran. Before taking up his position in the Trump administration, he also advocated pre-emptively bombing North Korea.

Bolton is like a workman who only owns a hammer, with the result that every foreign policy problem is treated as a nail.

Trump can hardly be classified as a peace-monger. He has significantly increased the US defence budget, withdrawn from the Intermediate-Range Nuclear Forces Treaty with Russia, increased drone strikes and failed to end any of the wars that the US was involved in on his accession to office. But his hawkishness is nevertheless of a different kind to Bolton’s.

Trump has often been described as a “Jacksonian” in his approach to foreign policy. One of the characteristics of the Jacksonian mindset — named after the 19th-century US president Andrew Jackson — is that it believes strongly in the utility of force, but only in the face of immediate threats to US national security. If faced with a direct threat, Jacksonians will respond with all means at their disposal, but they are instinctively sceptical of the idea that the US needs to overthrow regimes on the other side of the world in order to protect US national security.

Trump’s labelling of the Iraq War as “stupid” and his desire to withdraw the US from the Afghan and Syrian conflicts, albeit unfulfilled, reflect his Jacksonian instincts. There is a clear difference here to Bolton’s casual willingness to resort to force to reshape the world. Despite his bellicosity and hostility toward Iran, for example, Trump is clearly deeply reluctant to be dragged into a war with the Islamic Republic.

Searching for the "big deal"

In addition, Trump is obsessed with the “big deal” — the dramatic, rabbit out of the hat diplomatic achievement that will demonstrate beyond any doubt that he is the master negotiator and the man who can do what no other president could. As a result, his hawkishness has been consistently intertwined with lurches into diplomacy as he seeks to achieve his diplomatic masterstroke.

His administration launched efforts with North Korea and the Taliban, and Trump indicated he would also be prepared to talk to Iran’s president, Hassan Rouhani. In each instance, Bolton has opposed and criticised the initiative — to Trump’s no doubt growing irritation.

Finally — and in no way disconnected from Trump’s instinct to avoid foreign wars and to secure a grand diplomatic achievement — he has an election to win in 2020. In this context, a new war in the Middle East, or elsewhere, would be an enormous political risk. Bolton’s departure largely negates that risk and with Trump’s strategy of “maximum pressure” on Iran showing no sign of success, it opens up the possibility of renewed engagement with Tehran as the president continues to seek a major diplomatic achievement before his re-election campaign.

Ultimately, therefore, Bolton was just too hawkish for Trump to tolerate. His persistent campaigning for military action and opposition to Trump’s diplomatic initiatives wore down the president’s willingness to tolerate him, with the Taliban episode simply being the last straw.