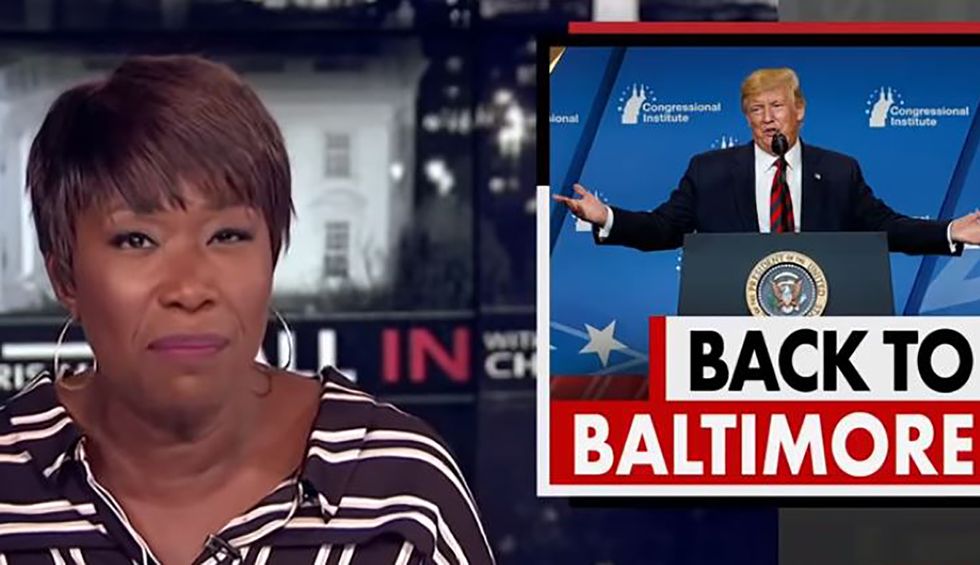 Since Donald Trump launched his attack on MSNBC’s Joy Reid long before her “AM Joy” show was broadcast, internet sleuths wondered what set him off and led him to pretend he didn’t know who she as he smeared her reputation.

On Saturday morning, Trump wrote, “Who the hell is Joy-Ann Reid? Never met her, she knows ZERO about me, has NO talent, and truly doesn’t have the ‘it’ factor needed for success in showbiz. Had a bad reputation, and now works for the Comcast/NBC losers making up phony stories about me. Low Ratings. Fake News!”

As it turns out Reid filled-in for fellow MSNBC host Chris Hayes on Friday night where she called the president “desperate” before making fun of his Baltimore speech before GOP leaders where he called Vice President Mike Pence, “Mike Pounce.”

Then Reid mocked the president for complaining about how certain lights bulbs make his skin appear to look range, which led to Reid to quip, Trump “went on to treat the gathered Republicans to some smoking hot beauty tips.”