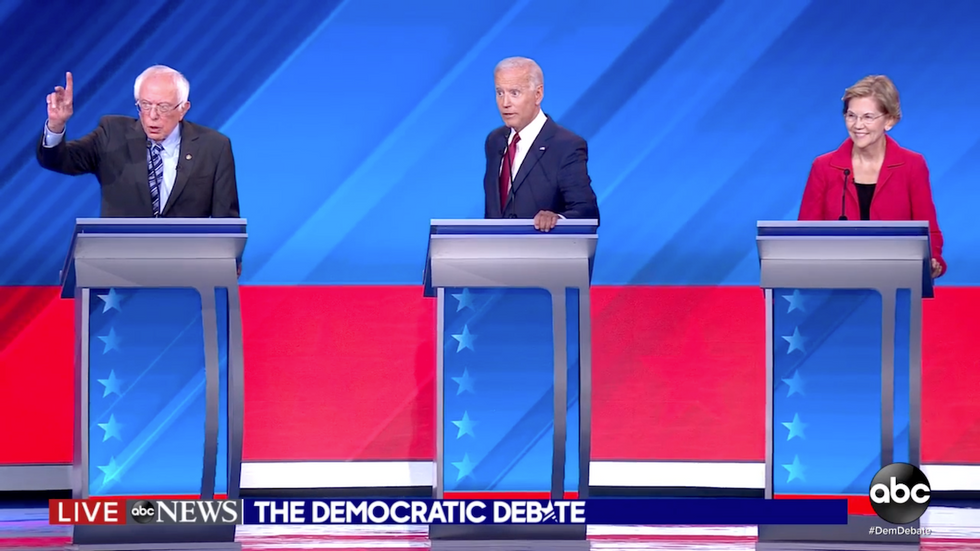 The Democratic Party, contrary to the hysterical nonsense and extremist blather one typically hears on Fox News or right-wing talk radio, has not been “hijacked by the far left.” Even Sen. Elizabeth Warren (D-MA) and Sen. Bernie Sanders (I-VT), for all their progressive stances, would be too far to the right for European leftist parties such as Greece’s Syriza or Spain’s Podemos. But liberal and progressive ideas, thanks in part to Warren and Sanders, are getting a larger seat at the table in the Democratic Party of 2019.

Sept. 12’s Democratic presidential debate underscored the fact that the Democratic Party is still a big tent: Sen. Amy Klobuchar of Minnesota and former Vice President Joe Biden made it clear that they are still decidedly centrist in their views, but when Sanders or Warren was speaking, it was also evident that progressive causes are receiving more attention in the Democratic Party in 2019 than they were 20 or 30 years ago. In the 1990s and 2000s, the Democratic National Committee (DNC) automatically assumed that centrism was the way to go; in the current Democratic presidential field, there are both centrist options and progressive options.

Here are some of the important progressive issues that Sanders and Warren are bringing to the forefront — and forcing even centrists like Biden and Klobuchar to talk about.

Friday morning on MSNBC’s “Morning Joe,” it was a conservative, host Joe Scarborough, who explained, in a nutshell, why the Democratic presidential candidates are so much better on health care than President Donald Trump: all of them favor universal health care, while Republicans want to take health care away from millions of Americans. Scarborough, a former GOP congressman, is critical of the Medicare-for-all proposals of Warren and Sanders and is clearly much more sympathetic to Biden and Klobuchar’s ideas — which include an aggressive expansion of the Affordable Care Act of 2010, a.k.a. Obamacare, combined with introducing a public health option. But here’s the thing: even if one doesn’t go as far to the left as Sanders or Warren on health care, there’s no denying that they are both doing their part to make sure Democrats continue to discuss universal health care. Sanders and Warren probably aren’t going to be able to sell Biden or Klobuchar on Medicare-for-all, but they are still forcing them to talk about universal health and explain how they hope to achieve it.