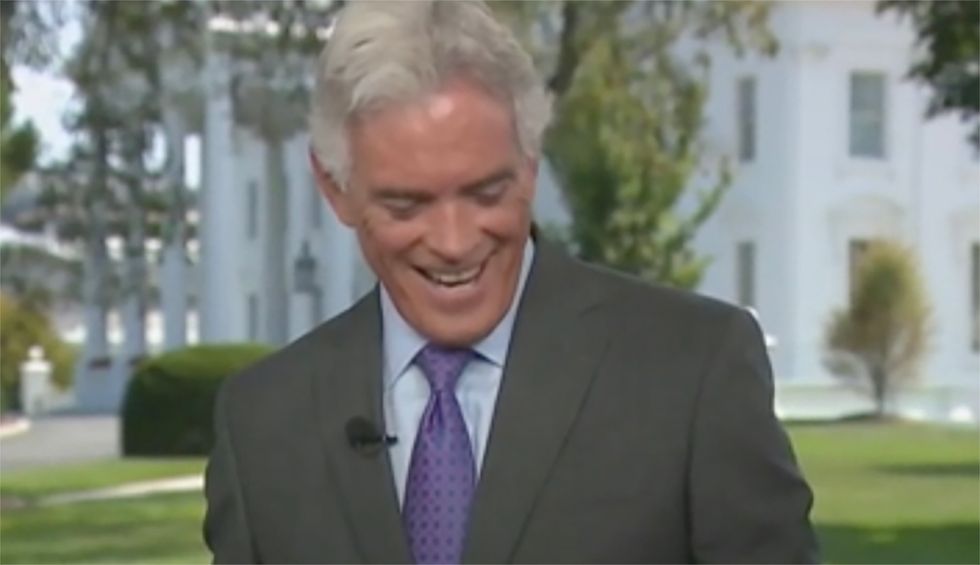 Tuesday brought some bombshell news on the Trump administration: John Bolton will no longer be national security adviser. And on Fox News, Chief White House Correspondent John Roberts (not to be confused with the U.S. Supreme Court’s chief justice) contradicted President Donald Trump’s claim that he had asked for Bolton’s resignation last night.

Roberts said that according to one of his White House sources, it is “flatly untrue” that Bolton was asked to deliver a resignation on Monday night.

“Bolton was still working this morning,” Roberts reported. “Initially,” Roberts said, Bolton planned to be a part of a briefing with Treasury Secretary Steven Mnuchin and Secretary of State Mike Pompeo.

Roberts added, however, that, Bolton, “after sleeping on it” decided that “there was no purpose in continuing to serve the president” because the two of them had “such deep philosophical differences over national security.”

Roberts explained, “So we’ve got this contradiction now. We’ve got the president tweeting out that he asked for Bolton’s resignation. We’ve got sources familiar with Bolton’s thinking saying that no, he submitted the resignation. It was his decision to do it at 11:30 this morning.”

Trump and Bolton, Roberts reported, had reached an impasse.

Other foreign policy disagreements between Trump and Bolton, according to Roberts, ranged from disagreements over Trump’s decision to invite the Taliban to Camp David to disagreements “over Iran, North Korea, Russia, Venezuela. And at some point, parting ways ‘becomes inevitable.’ But I am told that nobody, except for the president and Bolton, knew what was going on.”

Roberts continued, “Again, I’m being told by sources familiar with Bolton’s thinking that it was Bolton who decided, after sleeping on what happened last night here at the White House, that there was no reason to continue as the national security advisor. And so, he submitted his resignation letter to the president at 11:30, and then, 28 minutes letter, the president tweeted that he fired Bolton.”