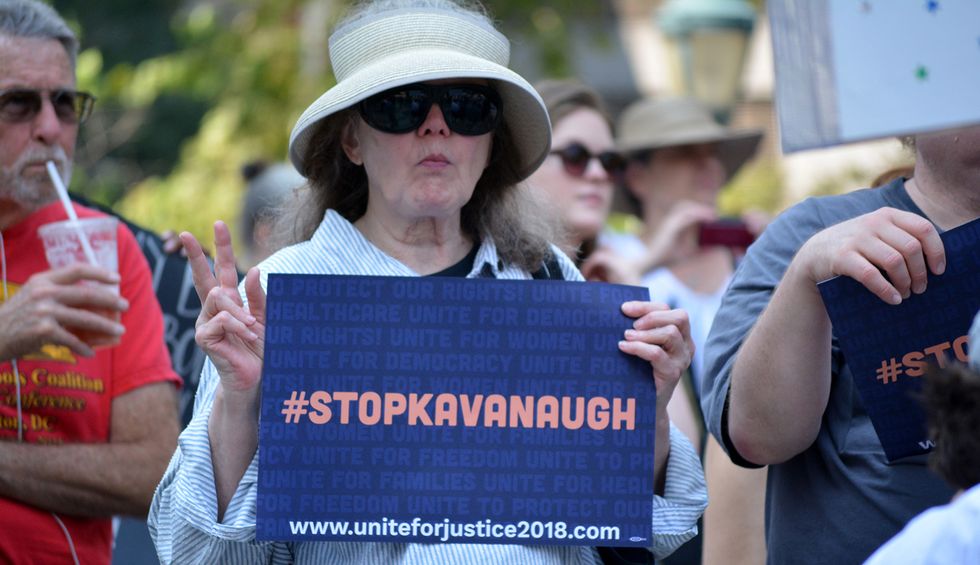 According to the New York Times blockbuster revelation that another woman accused Supreme Court Justice Brett Kavanaugh of sexual assault when they were in college, the FBI was alerted to the allegation while his nomination to the country’s highest court was pending and no possible witnesses were interviewed.

Digging deeper into allegations made by Deborah Ramirez during the Kavanaugh hearings the Times reports, “She and some classmates had been drinking heavily when, she says, a freshman named Brett Kavanaugh pulled down his pants and thrust his penis at her, prompting her to swat it away and inadvertently touch it,” which the Kavanaugh dismissed by saying, “If the incident Ms. Ramirez described had occurred, it would have been ‘the talk of campus.’”

According to the Times, it was, reporting, “At least seven people, including Ms. Ramirez’s mother, heard about the Yale incident long before Mr. Kavanaugh was a federal judge. Two of those people were classmates who learned of it just days after the party occurred, suggesting that it was discussed among students at the time.”

Of bigger concern now is reporting that the FBI was informed about the alleged assault and was given a list of at least 25 witnesses who might have been able to corroborate the report.

“Ms. Ramirez’s legal team gave the F.B.I. a list of at least 25 individuals who may have had corroborating evidence. But the bureau — in its supplemental background investigation — interviewed none of them, though we learned many of these potential witnesses tried in vain to reach the F.B.I. on their own,” the reports states.