Exclusive: California finally has a progressive government. Here's how it's changing the game. 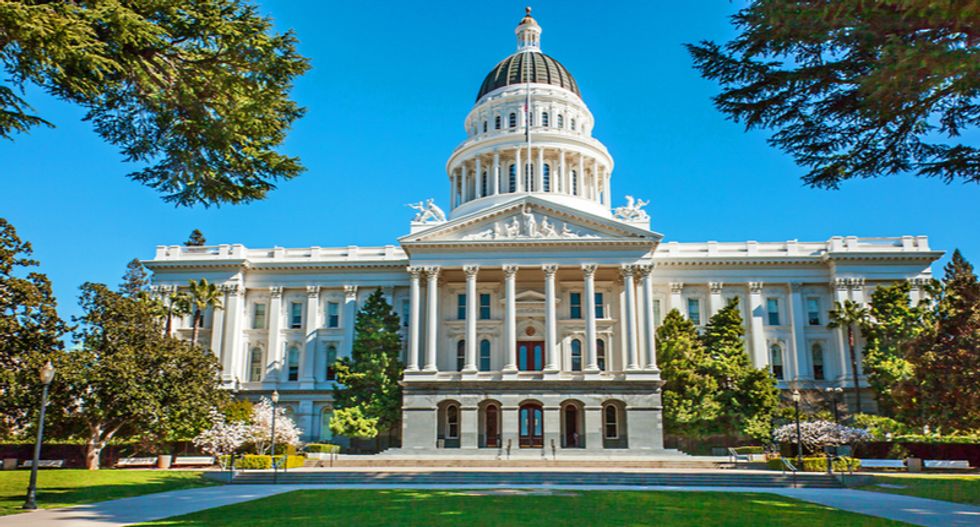 Democrats won supermajorities in both houses of the California legislature in 2006. They have dominated Golden State politics ever since, defying conservative expectations. Instead of sinking into deficits and collapsing, California is running a budget surplus, and has become the world’s 5th largest economy.

However, tensions between the Democratic establishment and grassroots activists have continued – until now. In 2019, reams of progressive legislation are finally becoming law after years of resistance from centrist forces within the party, a barrier that only dissolved after the 2018 elections. Put simply, now that a truly progressive majority has taken power, the people of California can at last have nice things.

Consider the new rent control bill. California is infamous for unaffordable housing, a situation that works very well for powerful interests in the state, though not so well for efforts to combat endemic homelessness. Assembly Bill 1482 limits how much landlords can raise the rent every year and gives tenants some protections against eviction, the biggest advance on this issue in decades. When the legislation passed this month, support was hardly unanimous within the Democratic caucus. “More than a dozen Democrats voted no or abstained from the measure, and no Republicans voted in favor,” the LA Times noted. In past years, this would have meant the bill failed, but a larger, more progressive Democratic majority made the crucial difference.

Some of this new legislation aims to fix past injustices. For example, one bill passed this session would roll back enhanced sentences for nonviolent repeat offenders – a failed ‘tough on crime’ approach from the 1990s that has magnified racial disparities in sentencing without deterring criminality. Other bills address emerging 21st Century issues, such as how app-based companies in the so-called ‘gig economy’ have classified employees as ‘franchisees’ and ‘contractors’ in order to pay them less and avoid responsibility for benefits such as health insurance.

None of this legislation would have been politically possible in prior years. “Dems had a very slim assembly supermajority before, but 2018 victories significantly expanded it, giving us more breathing room,” says David Atkins, Region 10 Director of the California Democratic Party.

He cites a combination of factors in this shift. First, Republican incumbents lost to Democratic challengers in places like SD 14, which is centered in Fresno and Bakersfield, and AD 38 in the hilly suburbs above Los Angeles. Some of this reflects changes in voting patterns. Orange County, the historic GOP bastion where Ronald Reagan’s political career began, now has more registered Democrats than Republicans.

Second, Atkins says, Donald Trump’s presidency has accelerated the polarization of Democrats in the state. "I think the broader leftward shift in the party on many issues is reflected in more courage in the legislature, and the desire to show strong resistance to Trump compounds it,” he says. Immigration and private prisons are specific issues where Trump has “encouraged a strong racial justice response from us."

The assembly just passed AB 32, banning new state contracts with private prisons and phasing out all existing ones by 2028. This legislation is sure to set up a courtroom fight with federal agencies, like ICE, that operate controversial for-profit facilities where the Trump administration is housing Central American refugees in kennel-like conditions.

R.L. Miller, a California climate activist, agrees that having a larger supermajority means “less negotiation with the moderate Dems” in order to pass legislation like the rent control bill. Calling themselves “New Democrats” and claiming the legacy of Bill Clinton, a small, yet crucial caucus led by Merced representative Adam Gray has managed to stymie or water down all sorts of progressive legislation in recent years. Activists compare Gray to West Virginia Sen. Joe Machin, a nominal Democrat whose US Senate votes often frustrate the left wing of the party.

Of course, California also has a new governor. In his first year, Gavin Newsom has proven more willing to sign some progressive legislation than Jerry Brown was. “For all his reputation as a visionary blah blah, it was never true and Brown was a centrist,” Miller explains. Whereas Brown kept the progressive majority in check with occasional vetoes, the new majority “is resurrecting a few bills that Brown vetoed just to see what Newsom will do."

Last year, Brown vetoed legislation requiring university health clinics to offer abortion pills to students, saying that the same service was available off campus. The Assembly passed the same bill again at the end of the session this month; Newsom has vowed to sign it. Brown also vetoed legislation to require that anyone running for president supply five years’ worth of income tax returns, a bill aimed directly at Donald Trump. Newsom signed the same legislation after the Assembly passed it again this summer. (A federal judge has since put the measure on hold pending litigation by the Trump campaign.)

To be sure, Newsom remains independent of the legislature. He went against the Democratic majority when he vetoed SB 1, a measure to protect California’s water supplies from regulatory changes made by the Trump administration, in July, drawing rebuke from his closest ally in the Assembly. Nevertheless, having a more progressive governor clearly widens the realm of possibility for legislators.

It is also worth noting how the situation in California contrasts with places where Republicans have a lock on legislative and executive power. Take Alabama, where Democrats lack enough votes in either the house or the senate to block anything and the compliant nonentities who have inhabited the governor’s mansion since 2011 rubber-stamp whatever legislation Republicans pass. What has the GOP done with all of this power? Aside from a few bills pushing hot-button topics such as abortion, they have accomplished very little. Alabama remains at the bottom of every ranking of states according to economic and social wellbeing, with feeble economic growth compounded by endless budget woes. While California races ahead, Alabama sits still or slides backwards.

California’s continued success is perhaps the most important partisan story in the country right now. Republicans have been rooting for the state to fail ever since Democrats took it over, and every year that Democrats defy those expectations is another defeat for conservative orthodoxy. Those feelings will only intensify as the new progressive majority, and their new governor, keep making big, bold changes.