Emboldened by Mueller and Giuliani, Trump decided the new rule was 'anything goes.' Democrats must quit stalling and impeach 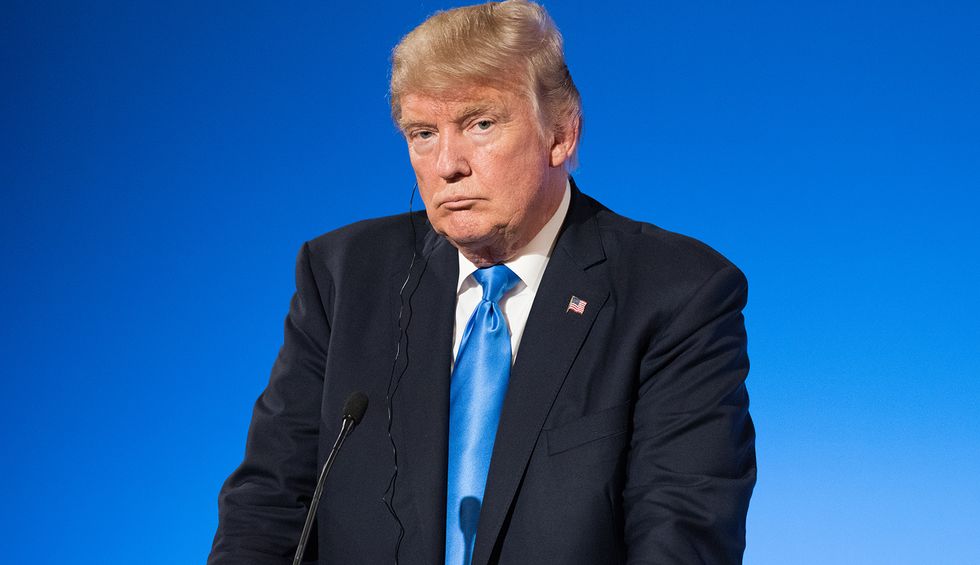 During all the months when the world waited with bated breath for the results of the Mueller report, the most pressing question was always whether the special prosecutor would find that President Trump and his campaign had colluded with the Russian government to interfere in the 2016 election. Trump had branded the investigation a "witch hunt" and repeated the words "No collusion! No obstruction!" on a loop. But legal observers made clear that there was no legal concept called "collusion." and instead Mueller would be looking at whether or not the Trump campaign had engaged in a criminal conspiracy.

This was all borne out when the Mueller report was released and it said that his team had not considered anything called "collusion." When Mueller appeared before Congress in July, he said this in his opening statement:

The investigation did not establish that members of the Trump campaign conspired with the Russian government in its election interference activities. We did not address "collusion," which is not a legal term. Rather, we focused on whether the evidence was sufficient to charge any member of the campaign with taking part in a criminal conspiracy. It was not.

Trump was a neophyte politician and I think it was easier for people to just accept the proposition that when Trump said, "Russia, if you're listening" — asking Putin or his agents to hack into Hillary Clinton's emails — maybe he just didn't understand the larger issues at stake. Likewise, when Donald Trump Jr. took that meeting in Trump Tower with a Russian lawyer who claimed to be working with her government to offer "dirt" on Clinton, maybe Junior just didn't know that was highly unethical. After all, none of the people involved in the Trump campaign had any acquaintance with ethics of any kind.

Nonetheless, there are more than 200 pages of the Mueller report that describe "numerous links between the Russian government and the Trump campaign." Although prosecutors could not establish the "willfulness" necessary to prove conspiracy, they made clear that a "statement that the investigation did not establish particular facts does not mean there was no evidence of those facts" and that "the investigation established that the Russian government perceived it would benefit from a Trump presidency and worked to secure that outcome and that the [Trump] Campaign expected it would benefit electorally from information stolen and released through Russian efforts."

Because of Mueller's legal conclusion that the evidence didn't prove the president and his men committed a crime, congressional investigators have largely ignored all that in favor of the evidence on obstruction of justice. But reports over the past few days about Trump's interactions with the Ukrainian President Volodymyr Zelensky, in hopes of digging dirt on Joe Biden, should show them that looking at those behaviors from a strictly legal standpoint is a mistake. If Trump was ignorant of the laws before he became president, after two years of "Russia, Russia, Russia," he most certainly understood that colluding with a foreign government to interfere in the election was not considered to be an ethical practice, whether it was defined as "conspiracy" or "collusion."

He did it anyway.

Why? Because he got away with it.

As reported in this piece in the Washington Post headlined, "Trump’s Ukraine call reveals a president convinced of his own invincibility," Trump moved as soon as he believed he was in the clear:

When the July 24 congressional testimony of special counsel Robert S. Mueller III deflated the impeachment hopes of Democrats, President Trump crowed “no collusion” and claimed vindication from accusations that he had conspired with Russia in the 2016 election.

Then, the very next day, Trump allegedly sought to collude with another foreign country in the coming election — pressing Ukrainian President Volodymyr Zelensky to dig up what he believed would be damaging information about one of his leading Democratic challengers, former vice president Joe Biden, according to people familiar with the conversation.

Trump felt liberated. And he undoubtedly felt that his personal lawyer, Rudy Giuliani, had been right all along. Giuliani had been the one who publicly defended the president's behavior as being perfectly legal and ethical from the beginning. His position had always been that colluding with a foreign nation to sabotage your rival was just smart politics — and he had been setting up this Ukrainian-Biden gambit for months. Once Mueller testified and the air went out of the Russia investigation, Giuliani was vindicated: "No collusion" meant that anything goes.

As the news broke late last week, Giuliani went on TV and admitted what he'd been up to. He had been serving as the president's personal lawyer, working as an emissary to the Ukrainian government and asking them to reopen a closed investigation into the family of one of Trump's political rivals. Giuliani framed it as some kind of patriotic attempt to expose corruption, but he didn't even try to hide the fact that his job was to take out Joe Biden.

On Sunday Trump confessed to the crime as well:

He claimed there was no quid pro quo, but the timeline of events suggests that it would have required an amazing series of coincidences for the Ukrainians to be unaware what was at stake.

The president and his enablers are now in open defiance of democratic norms to such an extent that the Democratic leadership's trust that the next election will sort all this out is seriously in doubt. There can be no faith in free and fair elections as long as Trump brazenly uses the power of the presidency to solicit foreign interference in our elections, apparently having been persuaded that because he was not held responsible for his previous collusion, he had a free hand to do it again. But the flip side of the rule that says a sitting president cannot be indicted is that whether or not what he did is strictly illegal is irrelevant to the question of impeachment.

The process so far has been to pretend that this must be adjudicated like a normal crime. But the Constitution doesn't say that a president can only be removed for a violation of the law, and there is no requirement that the House must get the courts to weigh in on every matter of executive privilege and testimonial immunity before they impeach the president. High crimes and misdemeanors apply to abuse of power and the only people in the government who can make the determination as to whether a president's behavior reaches that threshold is the United States Congress. Regardless of whether the Republicans want to run in 2020 as Trump's willing accomplices, the Democrats can no longer avoid facing that responsibility.