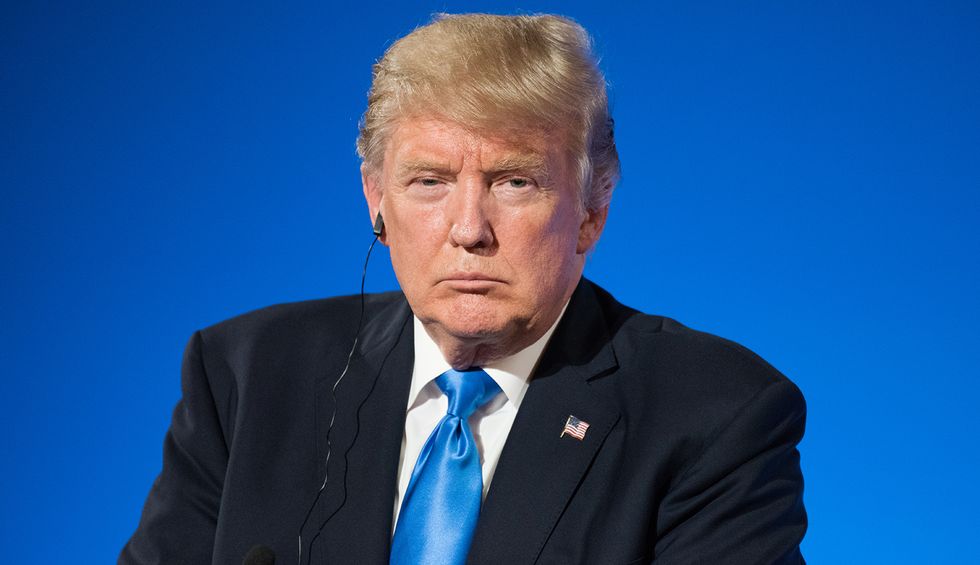 We have a president who gets obsessed.

Sometimes these obsessions are relatively innocent as in demands for personal luxuries on Air Force One or a big scoop of ice cream. But too often they touch on matters much more sensitive, even dangerous.

Trump’s immigration policy is a good example. Yes, it arises from certain beliefs that the border should be stronger, and even acknowledgment that the issue is one that his most fervent believers likely will find desirable – rational enough explanations. But the tone, the venom of his remarks, the ignored cruelty of the actions he brings support divisive, racialist expression that belies an obsession with the subject.

Combined with his well-established disdain for taking on new information from science or experience, these obsessions can be downright dangerous or provocative.

A lot of issues seem to come and go with Trump, lasting only for a news cycle or two, but others, like his commitment to seeming hatred for any policy from former President Barack Obama, whether health care, environment or international relations show him to hold onto certain subjects well past their due date for public attention.

Sure, the idea of a wall on the southern border and increased attention on security issues are neither new nor terribly imaginative, but how else other than obsession do you explain the kind of continued passion, even racial hate, for the objects of his immigration nightmares and how else can you explain away cruelty to families and children. This is obsession.

When combined with his well-established disdain for taking on new information from science or experience, these obsessions can be downright dangerous or provocative.

How about a brand new Space Force as a new military effort? Or denial of climate change? Or taking away money for hurricane help to spend on wall construction? Last week there was a new report – which Trump denigrated as “fake news”—that he repeatedly has asked aides about the effectiveness of dropping a nuclear bomb into the eye of hurricanes to blow them up before they reach the United States. The nuttiness of the idea aside, it is the repeatedly that draws my attention.

This is policy-making by obsession with crowd approval, with ego, with ideas that bring down others. Clearly, it’s worth taking a look at these obsessions as they arise. Here’s one such case—Venezuela.

The political and economic demolition of Venezuela has gotten outsized attention from the president. Trump seems to detest Nicolas Maduro, the now hapless leader of a nation reduced to near-starvation and champion of socialism. And yet, Trump has proved ineffective at declaring Venezuela an enemy whose regime should be overthrown and replaced.

To date, economic sanctions and all-but-military support for challenger Juan Guaidó as the legitimate leader of Venezuela have utterly failed. Venezuelans are streaming out of the country on foot, mostly to neighboring Colombia, yet the Venezuelan military, apparently with strong support from Cuba, is keeping Maduro in his presidential office.

Axios has reported hearing from inside the White House about a continuing obsession with the would-be overthrow of Maduro.

According to five current and former officials who have either directly heard Trump discuss the idea or have been briefed on Trump’s private comments, Trump is talking a naval blockade of Venezuela. Trump wants national security officials to order stationing U.S. Navy ships along the Venezuelan coastline to prevent goods from coming in and out of the country.

The report says this idea has been popping up from Trump for at least a year and a half, and as recently as several weeks ago, these officials said. They added that to their knowledge the Pentagon hasn’t taken this extreme idea seriously in part because senior officials believe it’s impractical, has no legal basis and would suck resources from a Navy that is already stretched to counter China and Iran.

Trump has publicly acknowledged in answer to a reporter question that he is mulling over such a move, but he has not elaborated.

In private, “he literally just said we should get the ships out there and do a naval embargo,” said one source who’s heard the president’s comments. “Prevent anything going in.” Another said, “I’m assuming he’s thinking of the Cuban missile crisis,” the source added. “But Cuba is an island and Venezuela is a massive coastline. And Cuba we knew what we were trying to prevent from getting in. But here what are we talking about? It would need massive, massive amounts of resources; probably more than the U.S. Navy can provide.”

Sen. Lindsay Graham (R-S.C.), who has made himself a close Trump ally, has promoted the idea of a stronger American military presence to force a change.

These same officials told Axios that Trump feels as if former Defense Secretary James Mattis, former Secretary of State Rex Tillerson and former chief of staff John Kelly collaborated to ignore or stymie some Trump demands, including military options to topple Maduro. They felt these requests were dangerous. Axios said there was a classified memo in which former National Security Adviser H.R. McMaster gave Mattis a deadline to present the military options, according to sources familiar with the memo’s contents. This dynamic changed once John Bolton and Mike Pompeo took over as national security adviser and secretary of state.

Still, Trump seems to have no interest in committing U.S. ground troops to Venezuela, according to senior administration officials, but he has told them to keep piling pressure on Maduro and to look for creative ways to help Guaidó force Maduro out of power.

After all, that’s what you do with obsessions. You feed them.