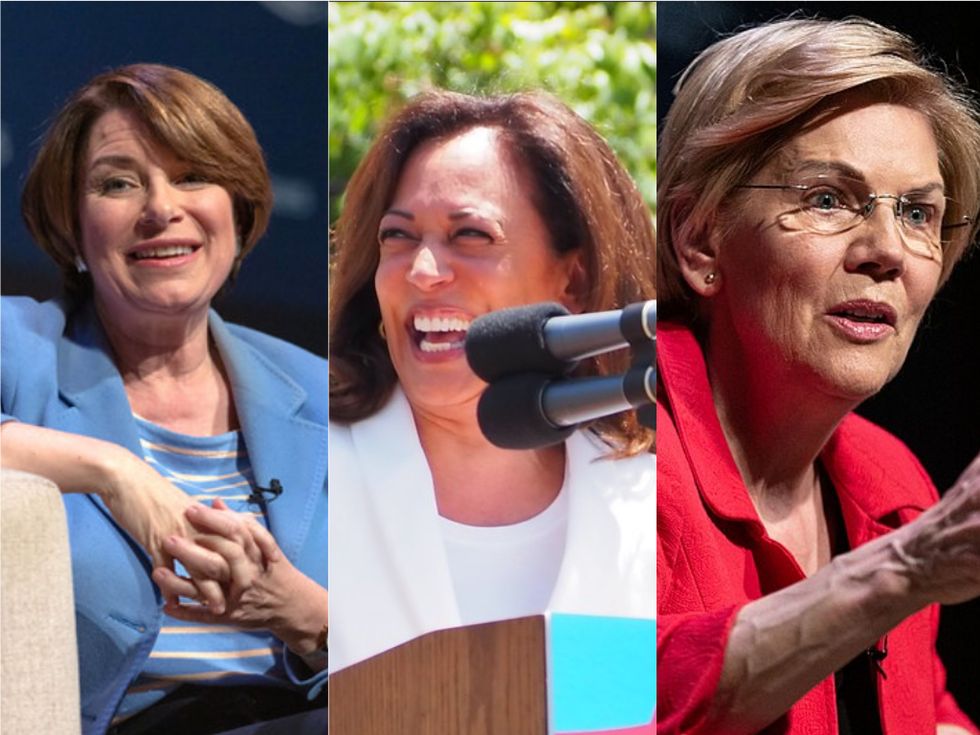 In 2019, it’s hard to believe that California was once a red state. But in the 1950s, 1960s and 1970s, much of California — from Orange County to Bakersfield to Fresno to San Diego to Los Angeles suburbs like Glendale and Burbank — was a GOP stronghold. The San Francisco Bay Area, long a bastion of liberal and progressive politics, was the exception rather than the rule in those days. But as California’s shift from red state to deep-blue state demonstrates, today’s Republican stronghold can become tomorrow’s Democratic stronghold — or vice versa. And California is not the only state that has changed politically. Ohio is much more GOP-friendly than it was 30 or 40 years ago; states that Democrats considered a lost cause in the 1970s 1980s are now considered swing states, and swing states decide elections.

Here are some states that were once hardcore red states but have become swing states and are in play for Democrats going into the 2020 election.

The political shift in Virginia isn’t nearly as dramatic as California, where San. Francisco and Oakland once felt like lonely islands of liberalism in a state that was often described as Reagan Country or Nixon Country. But compared to 30 or 40 years ago, Virginia has become increasingly Democrat-friendly. The Virginia of the 1970s, 1980s and 1990s wasn’t light red: it was deep red, and Republicans carried Virginia in every presidential election from 1968-2004. But when President Barack Obama won Virginia in 2008 and won it again in 2012, it became obvious that Virginia had gone from deeply Republican to swing state. Virginia has had two Democratic governors in a row (Terry McAuliffe and now, Ralph Northam), both of its U.S. senators are Democrats (Tim Kaine and Mark Warner), and Democrats have carried Virginia in the United States’ last three presidential elections.

Arizona is a state that Democratic strategists and operatives were very pessimistic about in the 1970s and 1980s — at least in private, when they weren’t appearing on political talk shows and expressing false optimism. Although President Lyndon B. Johnson defeated Sen. Barry Goldwater by a landslide in the 1964 presidential election, Goldwater was quite popular in Arizona — as was his successor, Sen. John McCain, a self-described “Goldwater Republican” who was first elected to the U.S. Senate in 1986. But Arizona has seen a political shift. President Donald Trump narrowly defeated Democratic nominee Hillary Clinton in Arizona in 2016, and in 2018, Arizona elected a Democratic senator: centrist Kyrsten Sinema. Recent polls have shown that the 2020 U.S. Senate race in Arizona could be very close; incumbent GOP Sen. Martha McSally is ahead in some polls, while other polls show Democrat Mark Kelly ahead. And considering that Arizona, for so long, was considered Goldwater Country and McCain Country, the thought of Arizona possibly ending up with two Democratic senators in 2021 is stunning.

In 2019, North Carolina isn’t deep red like its neighbor to the south, South Carolina, but is a heavier lift for Democrats than its neighbor to the north, Virginia. Both of North Carolina’s senators, Richard Burr and Thom Tillis, are Republicans. But Obama narrowly won North Carolina (which has 15 electoral votes) in 2008 and narrowly lost it to Republican Mitt Romney in 2012; then, in 2016, Hillary Clinton lost the state by 3% to Trump. North Carolina, in the 1980s and 1990s, was identified with the notoriously racist Sen. Jesse Helms. But it has gone from red state to swing state and is very much in play for Democrats in the 2020 presidential election. Certainly, Trump could win North Carolina again next year, but it’s not a state he can take for granted by any means.