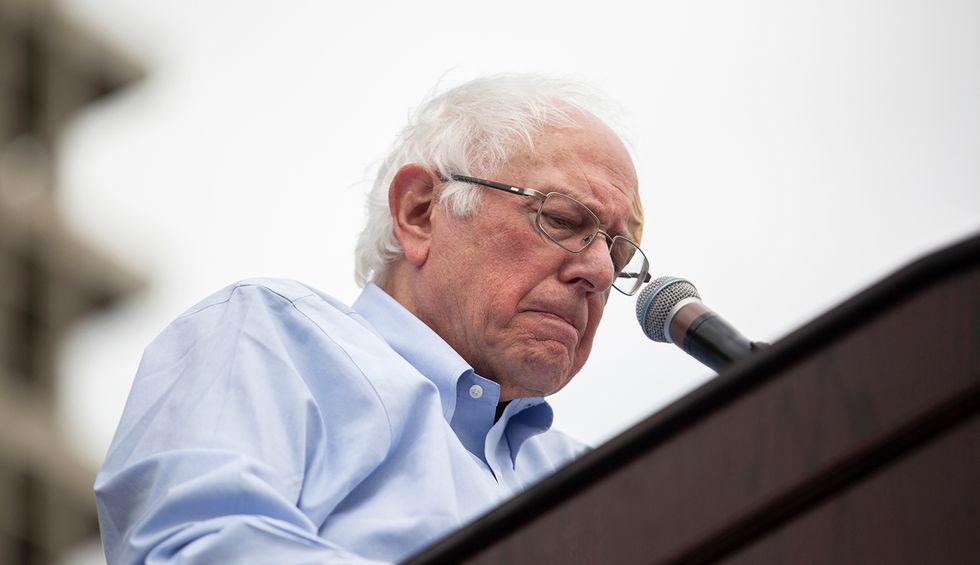 The fund-raising appeals are coming fast and furious, now, particularly toward the end of each month as Democratic Party candidates and organizers use a mix of guilt, pride and begging to press for just another $5 or $50 or $500.

We all understand that political campaigns are run on money, and there is a general desire to align some good old-fashioned money appeals with strong political ambitions.

Yet I can’t help thinking each time I try plowing through the increasingly long list of appeals that these candidates don’t get it: I care less about each individual campaign than I do for a strong Democrat to emerge to face Donald Trump in the 2020 election. And, as they make clear themselves, they are using every dollar they collect now to fight with one another for primacy.

Do they really think that I care so much about Beto O’Rourke or Bill de Blasio or Kamala Harris that I will be moved by an argument that says that I should send money because Joe Biden just dropped $300,000 in television advertising in Iowa and New Hampshire? Less than 10 minutes later, I get a note from Joe Biden saying he’s running short of being able to launch his full campaign in the same states.

Meanwhile, Speaker Nancy Pelosi and Senate Leader Chuck Schumer send their own guilt-ridden appeals (“After Carole King, Stacey Abrams, and Adam Schiff all reached out, I thought for sure grassroots Democrats would answer their calls…”) for House and Senate races. And individual Democratic candidates from around the country now are all using the same shared email lists to solicit money.

Tiring of the Contest

There seems to be no cap on soliciting money, on spending money for advertising and staffing, just to fight with one another. We are all tiring of the campaign just as we’re supposedly just being introduced to candidates and learning about them. And we’re still more than a year away from an election.

The Republican version of this is no better, of course, except that they seem to know enough not to ask me for money. They wouldn’t hear the sign of disdain as I would trash their messages.

If you’re begging that much each month, perhaps you ought to be looking at a Senate race or some other face-saving way to forgo an overly expensive presidential campaign.

I suppose that I’m really asking here what the Democratic Party vision is for support of their overly crowded debate stage. Just how much money do they think that I as an individual 18 months out from an election really want to pay to candidates who are vying among themselves rather than taking on the opposition party?

After all, these are the same candidates who use that debate stage to argue that tax cuts are unfair because they cost the middle class more, particularly in Northeastern states, that we’re losing money on what passes for our healthcare system, on overpriced prescription drugs and on unfair distribution of income through the system.

But apparently they believe that every American should be sending each of them a steady income through fund-raising to spend on an intraparty argument. There is something a little off here.

The Federal Elections Commission, which tracks these fund-raising efforts, lists Bernie Sanders at $46 million so far, Elizabeth Warren at $36 million, Mayor Pete at $32 million, John Delaney at $26 million, Kamala Harris at $25 million and Joe Biden at $22 million. The other almost 20 candidates have raised less individually, of course, a lot in aggregate–$282 million.

Trump has raised $124 million. Of course, Trump is going to spend his money against Democrats.

Democrats are going to blow a couple hundred million bucks as they elbow each other.

I know money is a necessary evil, but $413,904,242, yet to be updated by the August fund-raising efforts, seems like a lot of cash for people to argue that they want to work for us in a job that they are crowing to tell us requires balancing budgets, providing social services to seniors and those in need, and, um, good judgment.

That would buy a whole lot of college loans, healthcare deductions or investment in job training and artificial intelligence.

Perhaps rather than worrying only about winning, we ought to give a whole lot more thought to limiting the time and money available for electioneering.