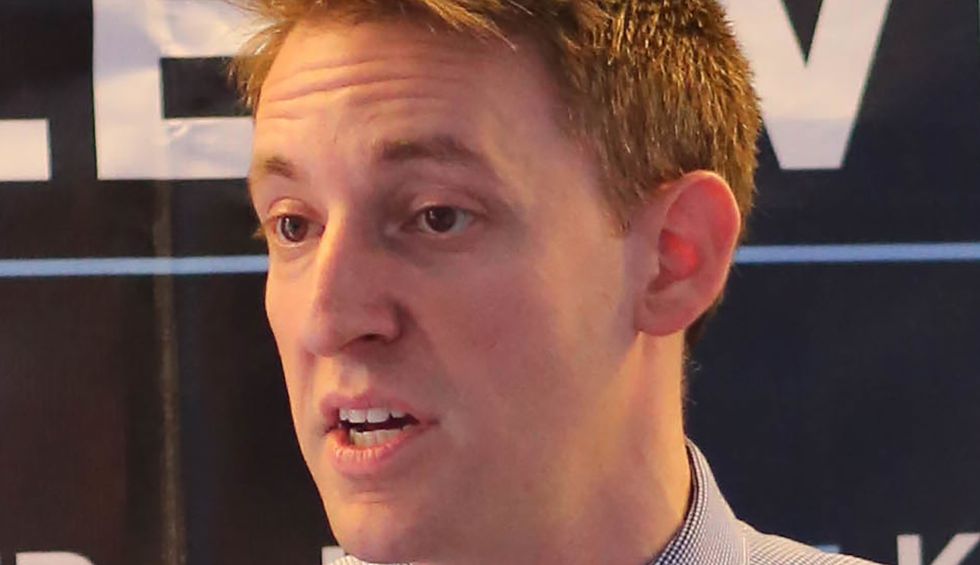 When former Missouri Secretary of State Jason Kander announced he was stepping away from political life last October—in order to deal with untreated symptoms of PTSD from his military service—he promised that while he was going to focus on getting better himself, he “fully intend(ed) to be working shoulder to shoulder with all of you again.” In the 11 months since, Kander has been open about dealing with depression, and has begun serving as the face of the Kansas-based Veterans Community Project, which “provides transitional housing and support services for homeless veterans.”

He has also stayed active on social media, staying true to his liberal values of mental health advocacy, veteran affairs advocacy, and gun control. After the most recent series of mass shootings in El Paso and Dayton and Gilroy and Odessa, the level of discourse coming from Second Amendment dunderheads has been predictably worthless. It’s the general “thoughts and prayers,” followed by the fake calls for mental health support, followed finally by verbal acrobatics attempting to throw doubt over the term “assault weapon” itself.

The AR-15 and its like have been easy-to-use killing machines, made popular recently, by their appearance in the majority of mass shootings. There are some, usually male, self-appointed experts who will insist that, in order for a weapon to be an “assault weapon,” it must be an automatic firing device; in other words, that one can hold down the trigger and bullets just fly. AR-15s, they argue, are merely semi-automatic, since one must continuously pull the trigger to fire. Of course, these semi-automatic guns can be easily rigged to house large ammunition magazines, and modern technology has allowed the pulling of triggers to be a ton easier than it was, say, during the American Revolutionary War.

Kander knows these facts, and these guns, intimately. Thus, after watching idiots try and defend opposition to assault weapons bans by dismissively saying guns like the AR-15 are not assault rifles, Kander threw down an explanation on Twitter on Monday night.

First, someone posted this trite bit of bullshit:

This is factually incorrect. The normal person cannot purchase a M16, not without a ton of money and a more stringent background investigation. The AR15 has never been issued to military personnel, it has never seen a battlefield.

Kander’s frustration and exhaustion with gun nuts took over, and he offered a concise counterargument for any readers facing such a “fraudulent argument.”

THREAD: I'm tired of hearing this fraudulent argument against an assault weapons ban. If someone makes this argumen… https://t.co/EBmqkTHKb2
— Jason Kander (@Jason Kander) 1568691177.0

Kander, in a 9-point Twitter dissertation, thoroughly explained why this argument is so profoundly heinous.

1. The AR-15 was originally designed for the military as a smaller replacement for FOUR different rifles.

2. It was a tactical answer to the AK-47, which was (and still is) the preferred rifle of our enemies. No one argues an AK is anything other than an assault weapon.

3. Everything about assembling and maintaining the AR-15 is the same as the M-16. I was trained on the M-16 and the M-4, yet I can (as is well documented) break down and reassemble an AR-15 blindfolded BECAUSE THE PARTS ARE EXACTLY THE SAME.

4. The only noticeable difference between the M-16/M-4 and the AR-15 is the select fire feature, meaning you can flip from semi-auto to three-round burst and/or full-auto . . . but that doesn't cease to make the weapon an ASSAULT weapon.

5. Can't speak for others, but I was trained to almost never employ burst or full-auto, because they were an inefficient waste of ammunition. Burst/auto is undeniably useful when laying down suppressive fire, which, in layman's terms, is when you try to force the enemy to keep their head down and not return fire momentarily while your ASSAULT element moves on them from the flank, likely on semi-auto themselves. Other times when we were taught to potentially use burst or auto would be when clearing a bunker, performing certain room clearing techniques, etc.

6. 95% of the time, in my experience, Army marksmanship instructors would consider firing on burst/auto to be poor ammo discipline.

7. Point being, the only truly noticeable distinction between the AR-15 and its "military" counterpart, the M-16 or M-4, has nothing to do with whether it's an assault rifle.