Crying over plant-based milk: Neither science nor history favors a dairy monopoly 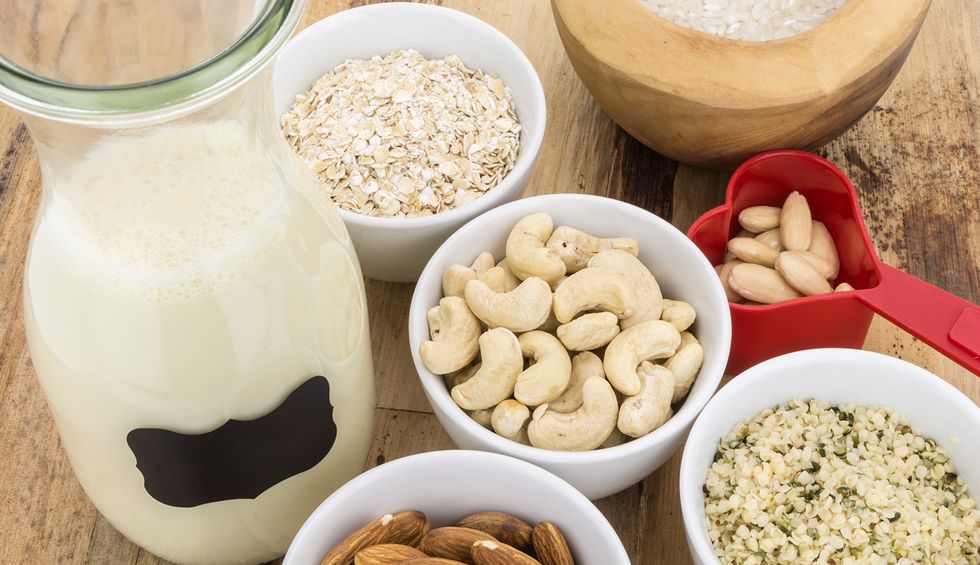 Image via Shutterstock.
The Conversation
September 24, 2019

Soy milk. Almond milk. Rice milk. To some dairy farmers these products are like a red rag to a bull.

They want governments to decree the word “milk” should be reserved for milk from mammals. They argue letting plant-based products be called milk is potentially misleading consumers.

Australia’s National Party has joined the call, passing a motion urging the federal government to ban plant-based and other alternative products calling themselves milk.

If this were a matter of strict biological definition, they might have a very good point, but both science and history are against them.

Biology defines milk as the white fluid from the mammary glands of female mammals used to nourish their young. It’s this ability (lactation) that in fact defines and distinguishes mammals from other animals. Given our own status as mammals, it’s not surprising that milk also carries significant cultural meaning.

But biology isn’t the last scientific word. Botany defines milk as a kind of juice or sap, usually white in colour, found in certain plants.

Almond milk, for example, was introduced into Europe by the Moors in about the 8th century, and was popular across both the Christian and Islamic world as an alternative when religious discipline required abstaining from animal products.

An early form of soy milk became popular in China in about the 14th century.

Throughout Asia and other areas of the world where humans had higher rates of lactose intolerance, plant-based milks were the rule rather than the exception. It’s impossible to think of Thai food and many other regional cuisines without the essential component of coconut milk.

The international food standards body, the Codex Alimentarius Commission, defines milk as “the normal mammary secretion of milking animals obtained from one or more milkings without either addition to it or extraction from it, intended for consumption as liquid milk or for further processing”.

The Codex is a voluntary reference standard and there is no obligation to adopt its guidelines, though milk labelling regulations in Australia adhere closely to it. The Food Standards Code for Australia and New Zealand assumes “milk” refers to cow’s milk. Anything else must be specifically described in terms of its source – for example, sheep’s milk, goat’s milk or almond milk.

One of the arguments of those wanting even greater strictures is that customers might be misled into thinking alternatives have the same protein content as cow’s milk. (The Code says regular milk must contain at least 3.0% protein and 3.2% fat. Skim milk must contain at least 3.0% protein and no more than 0.15% of fat.) Some plant-based beverages do contain less protein than dairy milk but are required to indicate on their labels that the product is not suitable as a complete milk replacement for children under 5 years old

However, the Australia Competition and Consumer Commission, which scrutinises all food products for potentially false, deceptive or misleading claims, has never identified this as an issue of concern.

Another argument is that use of the word milk and other dairy-related terms should be restricted in a similar vein to the prohibitions placed on food producers using terms considered geographical indicators.

Probably the best-known “GI” is champagne, which was once used by makers of sparkling wine around the world but which the European Union (through trade deals) has successfully quarantined to local wine makers in the Champagne region of France.

The European Union has been lobbying the Australian government to enforce GIs for large number of dairy products, banning Australian producers using more than 50 cheese names including feta and gruyere. Yet some of the dairy farmer organisations pushing to “reclaim” the milk label as their sole preserve are also deeply opposed to losing the right to call their products by names claimed by European producers.

In a word, protectionism

This is not the first time the dairy industry has sought to use regulation to prevent competition from plant-based products. In the first half of the 20th century, quotas were placed on margarine production in Australia to protect butter makers.

Margarine makers were also prevented from making margarine look like butter. In Australia the dairy industry was protected not just by by prohibitive duties on imported margarine but also the provision that margarine must be coloured pink.

This milk tilt seems similarly motivated. But in the unlikely event the dairy purists got their way, it probably wouldn’t achieve much. It is clear people are choosing plant-based beverages for reasons that are not connecting to the name used.

It wouldn’t change the choice of people who avoid animal products because of animal welfare concerns.

Why people become vegans: The history, sex and science of a meatless existence

It wouldn’t make a difference to people avoiding cow’s milk due to lactose intolerance or other dietary restrictions.

These markets are the most important niches for non-dairy milks. Producers go out of their way to ensure consumers know their brands are not produced from cows and other animals.

Plant-based milks also rely on farmers, and thus this debate pits one type of farmer against another.

It is unlikely anyone is being deceived by drinking plant-based milks thinking that they are in fact dairy, or that dairy farmers would claw significant market share back by having a monopoly over the word.

Heather Bray, Lecturer in Science Communication, University of Western Australia and Rachel A. Ankeny, Professor of History and Philosophy, and Deputy Dean Research (Faculty of Arts), University of Adelaide