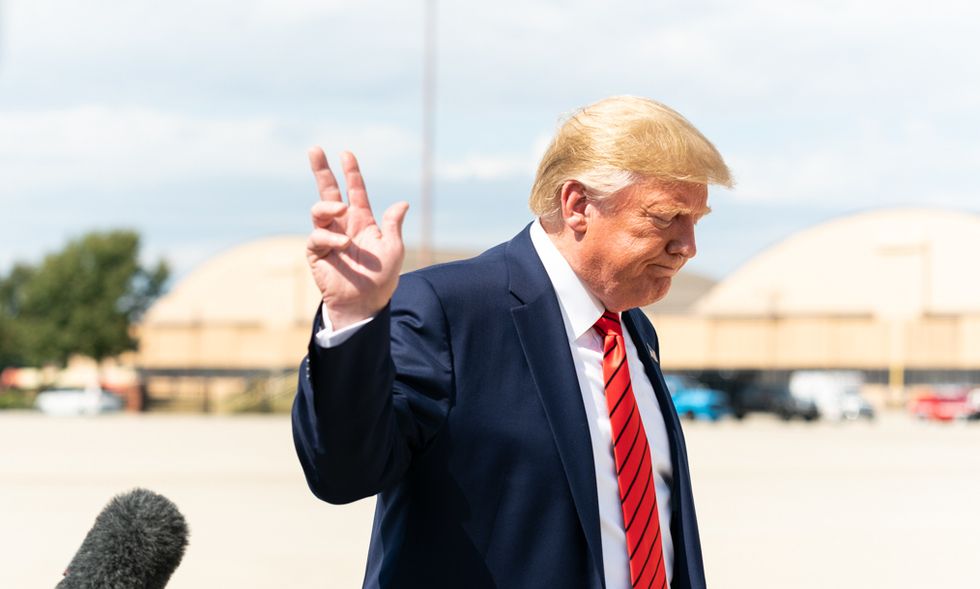 Despite it's devotion to protecting its own sources, the New York Times is apparently uninterested in protecting the anonymity of sources who choose to use legal and official government channels for reporting abuse.

This was the clear message sent in a new report from the Times that revealed new details about the work of the whistleblower who exposed information about President Donald Trump's explosively corrupt solicitation of an investigation on his potential 2020 opponent, Joe Biden.

Though this isn't a substantial amount of identifying information — we already knew that the person was in the intelligence community and had contact with White House officials — critics immediately argued that the Times shouldn't be working to identify the whistleblower at all.

The whistleblower's the lead attorney, Andrew Bakaj, was printed in the Times' story objecting to its publication.

“Any decision to report any perceived identifying information of the whistle-blower is deeply concerning and reckless, as it can place the individual in harm’s way,” Bakaj told the Times. “The whistle-blower has a right to anonymity.”

Indeed, it seemed the whistleblower is already under threat — Trump and his allies have been smearing the person, and the president even obliquely threatened Thursday that the death penalty could be warranted for such actions.

Dean Baquet, the executive editor of the Times, responded to the criticisms of its decision: "The role of the whistle-blower, including his credibility and his place in the government, is essential to understanding one of the most important issues facing the country — whether the president of the United States abused power and whether the White House covered it up."

However, this explanation doesn't hold up. Much of the whistleblower's complaint is second-hand — meaning it's not necessarily their credibility on the line, but those of the other sources. Those sources, who haven't as far as we know come forward, would be worth tracking down. We also already know, having seen the relevant documents from the White House, that Trump has already committed the core infraction at the heart of the complaint: pressuring Ukraine to investigate Joe Biden, which would certainly affect the 2020 election. That bolsters the whistleblower's credibility, while also rendering them much less central to the story.

All of the other allegations in the complaint don't really depend on the credibility of the whistleblower in question. Much of it is publicly available or would necessarily need to be confirmed by other sources because, again, its claims are second hand. And the inspector general of the intelligence community has already confirmed that the complaint is credible, suggesting that there is corroboration for its claims. It's Trump's defenders who are trying to turn the whistleblower's credibility into an issue, when really, the matter is much bigger than a single complaint. Obsessing about the whistleblower as a person is like checking to see if your fire alarm is working while your house is burning down. It's just not clear what news value it really has, other than to feed the right-wing anger machine.

And, as CNN legal analyst Asha Rangappa pointed out, outing the whistleblower could have perverse effects beyond this case.

"The point of the whistleblower statute is to provide a mechanism where government officials can report misconduct without fear of reprisal," said Rangappa. "Identifying them not only puts them in danger, but chills potential future WBs from coming forward — this is not in the public interest."

The choice to reveal details about the whistleblower oddly seems to conflict with the Times' own goals in protecting its sources. In some ways, it serves the Times' interest, by suggesting that sources will get more protection if they go to the paper itself rather than through the official process. But it also just decreases the possibility that people will come forward at all with important information.

"I suspect this person understood the risk he was taking in being outed when he filed this complaint, which is part of what makes it brave," said Lawfare Executive Editor Susan Hennessey. "But as press inches toward publishing his identity, keep in mind that revealing his name likely ends important future career opportunities."