Critics fear Trump and his allies are turning national parks into sources of private profit: report 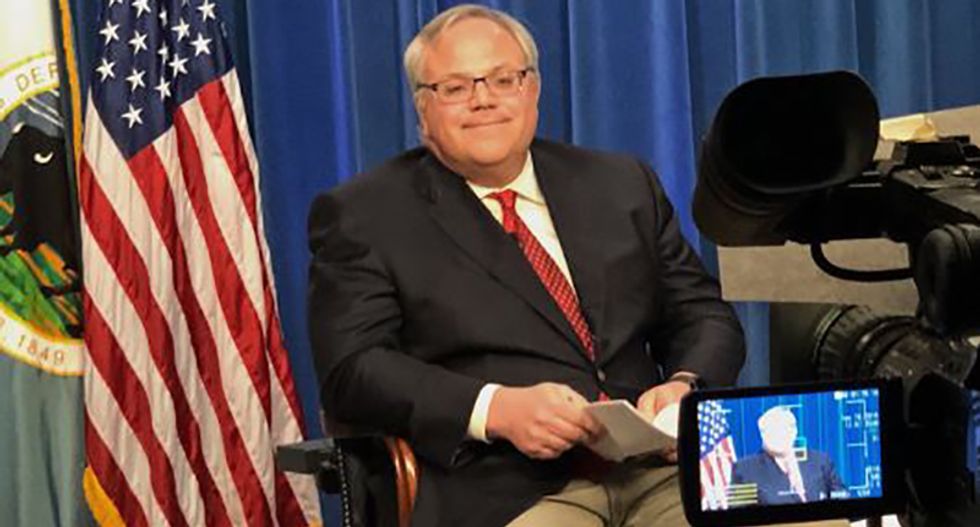 Liberals and progressives don’t agree with President Donald Trump on much, but they do agree with him that the United States’ infrastructure is in bad shape — and that includes national parks.

David Bernhardt, secretary of the U.S. Interior Department in the Trump Administration, discussed the state of national parks during a recent meeting of senior officials for the National Park Service (NPS); according to Bernhardt, they are “literally crumbling.” But exactly what steps will be taken to address the problem remains to be seen.

Yahoo News’ Alexander Nazaryan reports that Bernhardt, during the NPS meeting, said he was “begging Congress” for funds. Bernhardt, however, has agreed with Trump’s call for budget cuts for the NPS. And the Interior Department, under Bernhardt, has favored raising entry fees to national parks and has “leased hundreds of thousands of acres to energy companies,” Nazaryan writes.

Trump has said that national parks in the U.S. should be generating revenue, and some critics of Trump and Bernhardt fear that the Trump Administration would like to see national parks privatized. One of them is Chris Saeger, executive director of the anti-Trump nonprofit the Western Values Project.

“If David Bernhardt gets his way,” Saeger told Yahoo News, “American families will pay more to access their birthright because Trump’s billionaire buddies and the special interests that made them rich will always come first in this administration.”

But Nicholas Goodwin, communications official for the Interior Department, insists that Bernhardt is not pushing for privatization of national parks.

“Our parks are one of our nation’s most treasured resources,” Goodwin told Yahoo News. “Restoring them will require every tool in the box.”