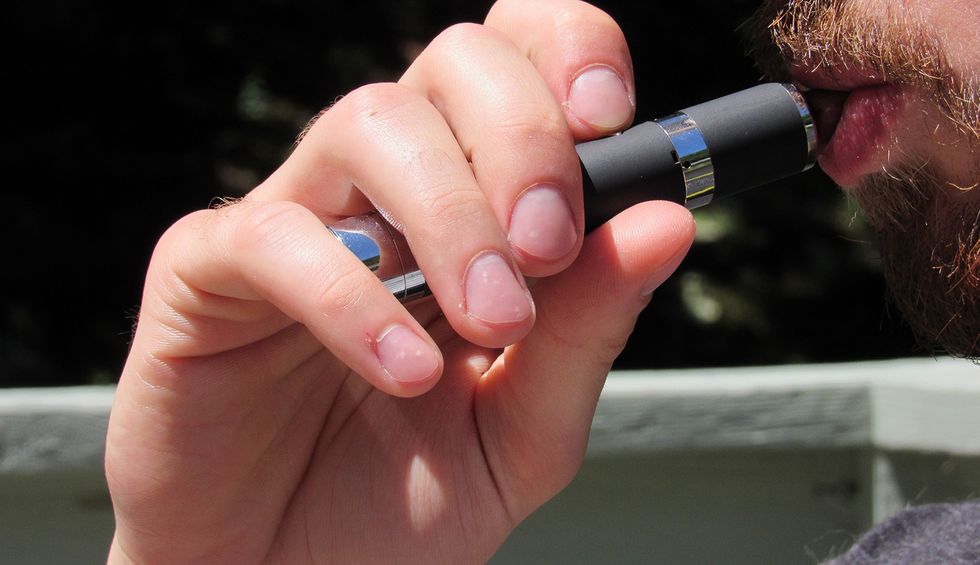 Much has been written about the dangers of tobacco-related vaping and e-cigarettes. But E.J. Dickson, in a report for Rolling Stone, focuses on a different danger: health risks posed by counterfeit cartridges for THC vaping.

Hospitals around the United States, Dickson reports, are seeing an increase in cases of young patients being treated for illnesses suffered as a result of black-market THC cartridges. The “long-term health risks of vaping” and “traditional nicotine e-cigarettes,” according to Dickson, “are becoming increasingly clear” — and now, hospitals are also seeing an increase in health problems resulting from “using THC-containing products.”

Dickson reports that according to the California Department of Public Health (CDPH), California has seen “28 potential cases of acute lung disease among people who had recently vaped cannabis products.” And in Kings County, California, seven cases of acute pulmonary disease were linked to THC vapes that had been purchased on the black market.

DankbustersOfficial is described by Dickson as an “Instagram account warning cannabis users against purchasing black-market THC cartridges.” And a DankbustersOfficial administrator, quoted anonymously, told Rolling Stone that counterfeit products are being advertised on Instagram and Snapchat — and stressed that marijuana users shouldn’t endanger their health by using those black-market cartridges.

“People have been told by their connects that this stuff is clean and safe,” the DankbustersOfficial administrator told Rolling Stone. “So I have to rewrite an entire narrative in their minds.”

California is one of 11 states in the U.S. that, like the District of Columbia, has legalized recreational marijuana use. And in such states, according to DankbustersOfficial, one problem is that makers of bootleg cartridges will offer them at a cheaper price than the regulated brands.

“In the legal markets and states,” the DankbustersOfficial administrator told Rolling Stone, “people can say, ‘Hey, why walk into that dispensary when I can give you the ‘same product’ for a third of the price?””