Corey Lewandowski wilts after CNN host nails him for serial dishonesty: ‘I’m as honest as I can be’ 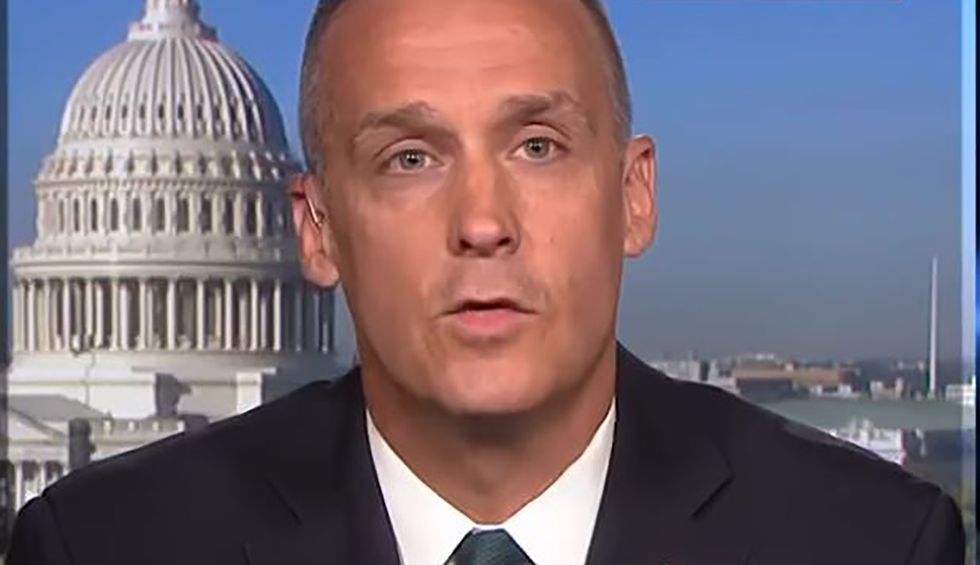 Trump lackey Corey Lewandowski appeared on CNN Wednesday one day after he admitted to regularly telling lies during media appearances — and host Alisyn Camerota gave him a thorough grilling.

During the interview, Camerota played Lewandowski a clip of himself telling the House Judiciary Committee that he is under no obligation to be honest when he appears on cable news shows.

Lewandowski responded to this by angrily ranting about former FBI officials James Comey and Andrew McCabe, but Camerota wouldn’t let him off the hook.

“Corey, when do you lie?” she asked him. “Are you lying now, for instance?”

“I’m as honest as I can be with you,” Lewandowski replied.

Lewandowski at this point went back to attacking Comey and McCabe, at which point Camerota shut him down again.

Lewandowski responded that this was an unfair question because he technically doesn’t work at the White House.

Why Republican gubernatorial candidates are 'floundering' in 3 midwestern states: report