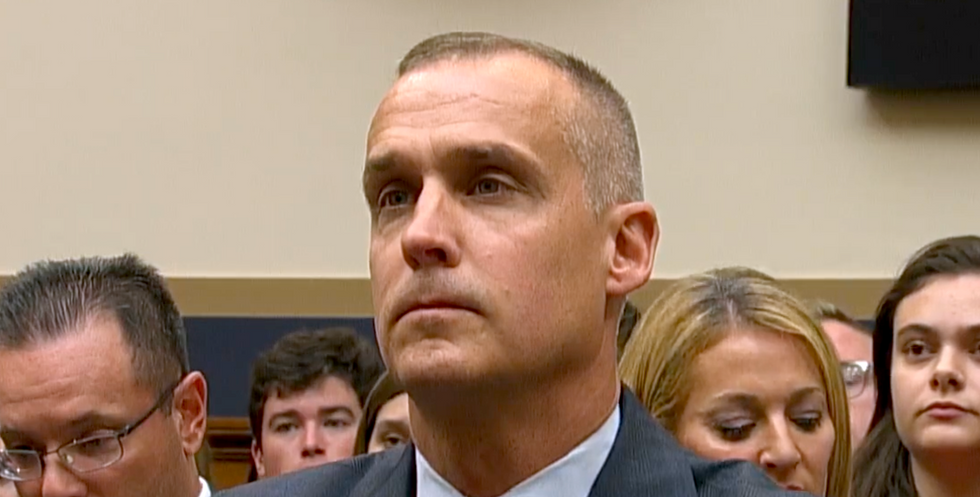 When Corey Lewandowski appeared before the House Judiciary Committee on Tuesday to testify about President Donald Trump's potentially impeachable conduct, he had one goal in mind: to make a mockery of the whole proceeding.

In a way, it worked. Trump's former campaign manager stubbornly refused to answer questions from Democrats about his and the president's conduct that weren't already answered in the Special Counsel Rober Mueller's report. Even when asked these questions, he stalled and delayed by saying he didn't have a copy of the document, sniping about who should read the report, and complaining that it wasn't properly projected on the display screen. And when Democrats tried to ask him questions about matters not addressed in the report, he mindlessly repeated a rote answer saying that the White House has exerted privilege over his communications with the president, a ludicrously broad claim in the face of a congressional subpoena.

But put the theatrics and the petulance aside. Hostile performance art is the raison d'etre for the modern GOP, but the truth still matters. And under penalty of perjury in front of the House Judiciary Committee, Lewandowksi made a key admission about the president's conduct.

He confirmed that Mueller's account of his interactions with Trump — in particular, an episode in which the president directed Lewandowski to have then-Attorney General Jeff Sessions curtail the Russia investigation — was accurate.

In analyzing efforts to curtail the investigation, which include the orders to Lewandowski, Mueller wrote of Trump's intent: "Substantial evidence indicates that the President’s effort to have Sessions limit the scope of the Special Counsel’s investigation to future election interference was intended to prevent further investigative scrutiny of the President’s and his campaign’s conduct."

This intent, which Lewandowski's admission helps demonstrate, builds a powerful case that the president's actions constituted criminal obstruction of justice.

Of course, anyone who has read the report or followed the reporting on it closely would know about this incident and would be aware of its significance. But Trump himself has tried to cast doubt on the report, calling parts of it "fabricated" and "totally untrue."

Lewandowski's belligerence toward the Democrats, then, actually helps build the case for impeachment. It's clear he's not trying to hurt the president — he's presenting himself as a fierce Trump defender. Nevertheless, he still can't deny some core truths, and in making these admissions, he strengthens the argument for the president's criminality.

At the same time, his obstinacy and refusal to answer many questions even while under congressional subpoena — all at the direction of the White House — proves something else: Trump's obstruction of justice hasn't ended. Now, he's ordering his allies to obstruct a duly run congressional investigation with a bogus pretense. Because the Republican Party has decided to let Trump get away with obstructing justice, he doesn't see any reason to stop.