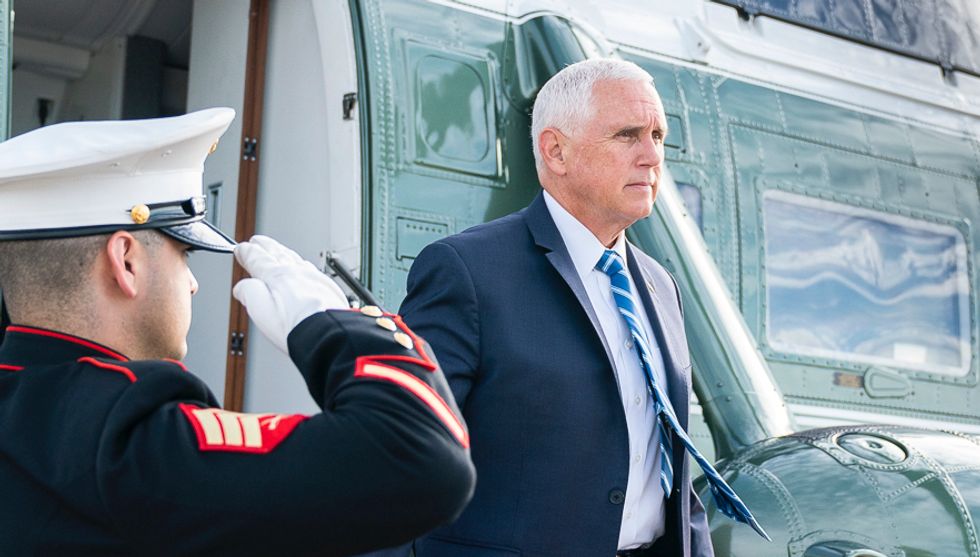 When Vice President Mike Pence visited the Republic of Ireland this week to meet with Prime Minister Leo Varadkar, President Michael D. Higgins and other Irish officials, he could have stayed in the capital city of Dublin; instead, Pence stayed 181 miles away at the Trump International Golf Links and Hotel in Doonbeg.

The House Oversight Committee announced Friday that it is investigating this choice along with the House Judiciary Committee.

In an official press release, the House Oversight Committee, chaired by Democratic Rep. Elijah E. Cummings of Maryland, announced, “The House Committee on Oversight and Reform and the House Committee on the Judiciary sent a series of letters requesting documents and other information regarding multiple efforts by the president, vice president and other Trump Administration officials to spend taxpayer funds at properties owned by the president in potential violation of the Constitution’s Emoluments Clauses.”

According to the press release, Cummings sent out four letters seeking information about the trip: one to Pence, one to the White House, one to the Trump Organization and one to the U.S. Secret Service.

The House Oversight Committee’s press release goes on to explain, “The White House has not made public how much the vice president’s trip cost the American taxpayers — or benefited the Trump Organization. But based on previous investigations by the Government Accountability Office, the bill could be significant. President Trump stayed at his property in Ireland in June, which cost the American people an estimated $3.6 million.”

The Trump International Golf Links and Hotel in Doonbeg isn’t the only Trump Organization property that the House Oversight Committee expresses concerns about it its press release, which also addresses Trump recommending his National Doral Miami for the G7 Summit.

“It was first reported on June 20, 2019, that he proposed Trump National Doral Miami to host the G7 Summit,” the House Oversight press release states.