Congress is in turmoil, and the 2020 candidates are hanging back. That's clearly the best way to re-elect Trump 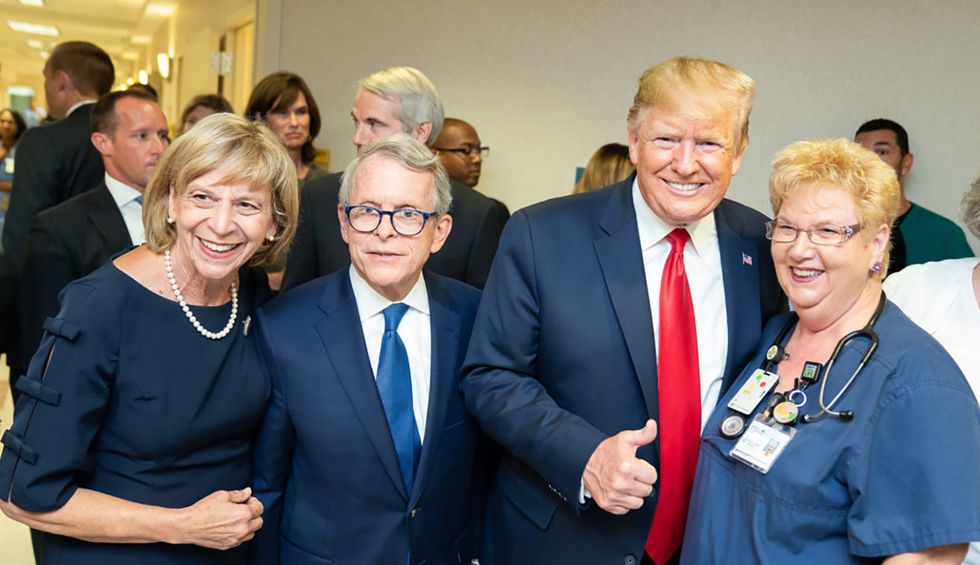 The ABC/Univision Democratic debate last week ran a bit more smoothly than the previous two, even managing to squeeze in a decent discussion on climate change and Afghanistan policy. These events are always more theater than substance, particularly with so many people on the stage. But early debates in the primary season are where engaged partisan voters outside the early states get a chance to see the larger field of candidates and develop a sense of where the party's center of gravity is in the current election cycle.

It's pretty clear that all these candidates have ambitious agendas, most of them are much more progressive than any Democratic platform was just a decade or so ago. And contrary to D.C. conventional wisdom, these platforms aren't just a jumble of policies on the liberal wish list. It's clear from the passion and energy these candidates exude, regardless of where they fit on the party's ideological spectrum, that they recognize that the entire system is failing rapidly.

To ensure that the next generation has any kind of a chance, we will require a massive reform effort the likes of which we haven't seen in decades. All this will have to be done under the intense pressure of growing global instability and the existential crisis of climate change. This country has dealt with acute crises in the past, but this may be the most complicated set of problems we've ever seen. And all these challenges are related and will have to be dealt with holistically.

So while this election is first and foremost about ending the surreal Donald Trump presidency, he is a consequence of all those other issues, not the cause. Those challenges will still be there after he's gone and they will require innovative and courageous action.

The candidates have different ways of approaching this monumental challenge. You have Bernie Sanders and Elizabeth Warren endorsing fundamental, systemic economic reform. Coming at it from a different progressive angle, we saw former Rep. Beto O'Rourke offering up bold action on guns and immigration. In between are various levels of progressive commitment from incrementalists like former Vice President Joe Biden, Sen. Amy Klobuchar and South Bend, Indiana, Mayor Pete Buttigieg to mainstream liberalism from Sens. Cory Booker and Kamala Harris.

There is a growing consensus among Democrats that this country must finally face up to the racism that still permeates its culture and institutions if it wishes to maintain some fragment of its lofty ideals about freedom and equality. They are all committed to dealing with climate change on a massive scale to meet the scope of the problem.

The field will be winnowed before too long as the money runs out and the energy flags. It's still early. But barring something highly unlikely happening over the next few months, the next Democratic nominee and leader of the party was on stage last Thursday night. For all of their big plans and bold ideas, I was surprised that with the exception of one exchange about the elimination of the filibuster, there was no talk of necessary political reform at all. And none of them found a way to bring up the single most important issue that is currently roiling the Congress: whether or not to impeach the current president.

The good news is that in response to a series of questions by the New York Times, the candidates do seem to be prepared to take bold steps to rein in presidential power, even if it hasn't come up much in the debates. It's unusual for any politician to entertain giving up the trappings of power and one would expect that the presidential candidates will have to have their feet kept to the fire on this. But the abuse of office under Trump, including the blanket use of "executive immunity" and the groundless evocation of "national emergencies," among many other examples, show the extent to which Congress has abdicated its own power in recent decades, counting on the good judgment and integrity of the president to guide policy. The inherent weaknesses of the system are being tested under Trump as never before.

Here's how the New York Times reported this:

Democratic presidential candidates broadly agree that President Trump has shaken the presidency loose from its constitutional limits and say that the White House needs major new legal curbs, foreshadowing a potential era of reform akin to the post-Watergate period if any of them wins next year’s election.

The necessary reforms around national security will likely be more complicated, but are vital. The twin disasters of Vietnam and Iraq should have been enough to propel needed changes but it's now clear to anyone that it is only by sheer luck that we have avoided a major catastrophe under Trump. That could change at any moment.

If there was ever a time for the presidential candidates to step up and show some leadership on the issue of impeachment it was at last week's debate. It came up once during the second debate in July, but the current state of play in Washington is so muddled and chaotic that it calls for some outside leadership. House Democrats are running around arguing semantics, some so obviously trying to have it both ways that it would be laughable if it weren't so serious.

Bill Barr's Department of Justice is disingenuously refusing to hand over grand jury documents from the Mueller report, citing the House's muddled messaging, and specifically House Speaker Nancy Pelosi's repeated statements that they are not in the midst of an impeachment investigation. Meanwhile Judiciary Committee chair Jerry Nadler, D-N.Y., is clearly pushing from the other direction, taking the first official procedural steps toward an impeachment inquiry last week. The party is all over the place and it couldn't have picked a worse time.

I realize that none of the candidates vying for the 2020 nomination want to step on congressional toes. But House Democrats are making a hash of this. Impeaching Trump is the first step in the major reform agenda that will be necessary to deal with this complex set of challenges. And the Democrats' eventual candidate will have a lot to lose if the House doesn't follow through.

You know that Trump will run on the message of Democratic fecklessness and his own survival superpower. "They couldn't find anything wrong! I am too strong for them!" The way things are going, more than a few of those famous swing voters might just conclude that he's right.