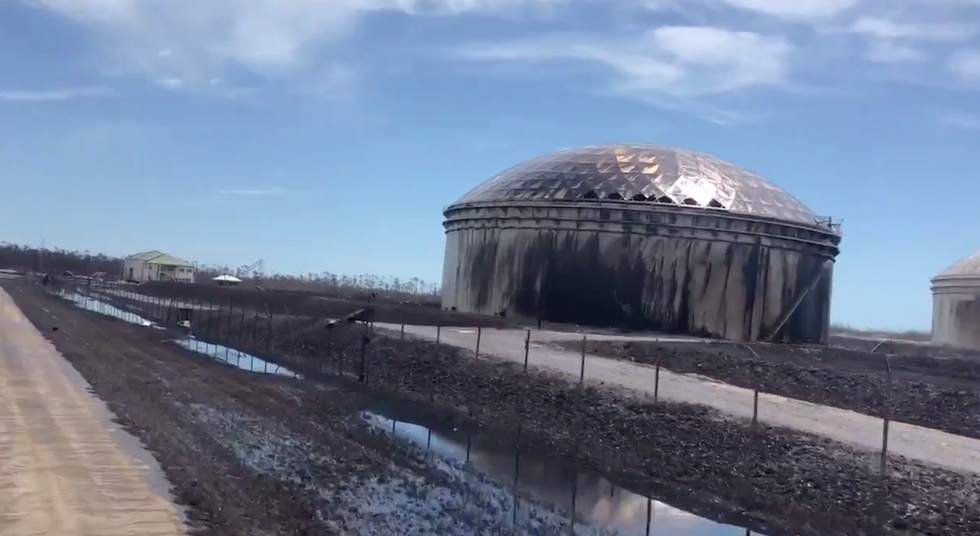 Along with a rising death toll, about 70,000 suddenly homeless residents and pets, and people being turned away from evacuation boats, Hurricane Dorian survivors have another thing to worry about. This time, it’s an oil leak.

A large oil storage terminal run by Norwegian-based energy company Equinor on Grand Bahama Island has leaked oil into the surrounding area. While it’s not yet clear how much oil has leaked from the facility, located on the island’s eastern side, even a small amount has people worried about the local wildlife and reefs.

Climate change strengthens storms such as Dorian. But another, perhaps easily forgotten factor is that warming oceans are killing off coral reefs. Coral reefs in the Bahamas are no exception to this—a combination of oil spillage and warm waters spells disaster for the environment. Climate change is too often covered as just one thing—one widespread fire, one intense storm—but it’s in fact many horrors that become magnified when a larger one, such as Dorian, gets more mainstream attention.

Right now, what information we do have about the spill’s size isn’t looking very good. Commercial satellite company Maxar released images that appear to show serious damage. A slick of oil can be seen coming off of the site, and at least several tanks are missing tops. It’s unclear whether the tops have dropped into the tanks or blown away.

Here’s a visual of the spill:

The company has acknowledged the oil spill in a statement, saying, "Oil has been observed on the ground outside of the onshore tanks. It is too early to indicate any volumes. At this point there are no observations of any oil spill at sea."

Erik Haaland, a spokesperson for Equinor, confirmed that when Dorian hit Grand Bahama over the weekend, the terminal held 1.8 million barrels pf oil in three tanks. The other nine tanks held residual oil. No Equinor staff were on-site when the storm hit.

According to the company, the terminal, which first closed on Saturday, will remain shuttered until further notice. As of Monday, Equinor confirmed that two vessels will arrive with personnel and equipment within the next few days to deal with the spill. There’s no estimate as to how long the cleanup will take.