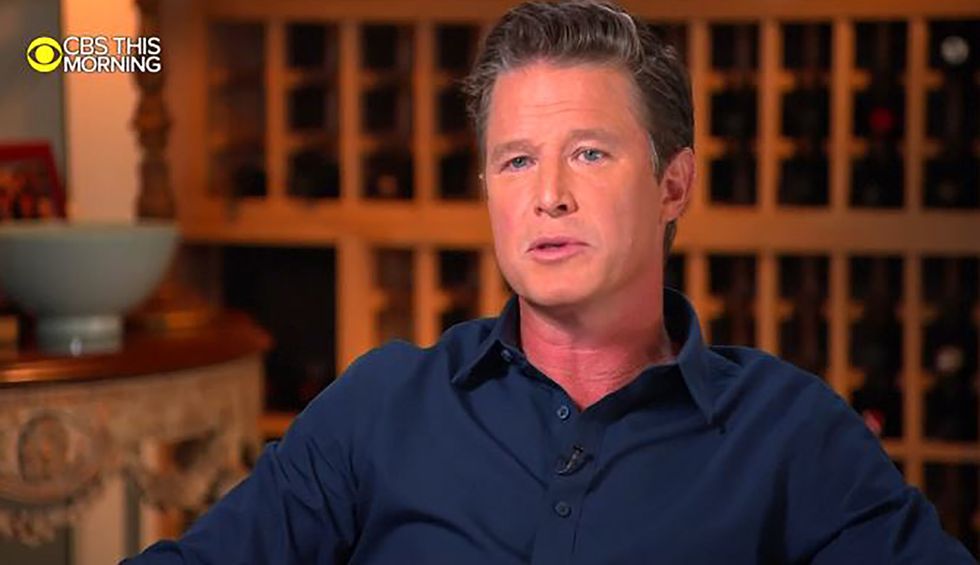 Poor, poor Billy Bush. Bush’s career took a hit after the infamous Donald Trump “grab ‘em by the pussy” video was released, with Bush smarming and sucking up to Trump. Now he’s ready to make a comeback hosting Extra—because rich smarmy white guys always get to make a comeback—and he’s feeling pretty sorry for himself.

“I was comfortable that [the video] wasn't going to be weaponized,” he told Gayle King. But as far as he’s concerned, it was weaponized, with him as the victim. “I got taken out, but I wasn't the target.” And it was unfair, because he had changed so much between when the tape was filmed and when it was released.

“You want people to like you,” Bush said of his early days on Access Hollywood. “I became a very different guy. So the guy that got fired—no question—was a very different guy.” Billy Bush is now the kind of guy, he wants us to know, who—despite his feelings of having been “taken out” by a “weaponized” video of himself, thinks that the tape was a “tipping point” in bringing on the #MeToo movement, and “that’s a good thing.” He has grown because of adversity, “picked up some missing elements in the last few years, like a deeper empathy, patience.”

If he has, good for him. We should believe in the possibility that people can grow and change and get better, and give them room to do so. That room, though, shouldn’t start while they’re still whining about having been “taken out” by “weaponized” video, and it doesn’t need to extend to big-time television hosting gigs that white men already get more of than they should, including these second chances while so many women never get first chances. It’s not as if Billy Bush is some kind of rare and unique talent, after all, someone so irreplaceable that we all lose out when he’s off of television. He’s just another mediocrity with a boundless willingness to suck up.