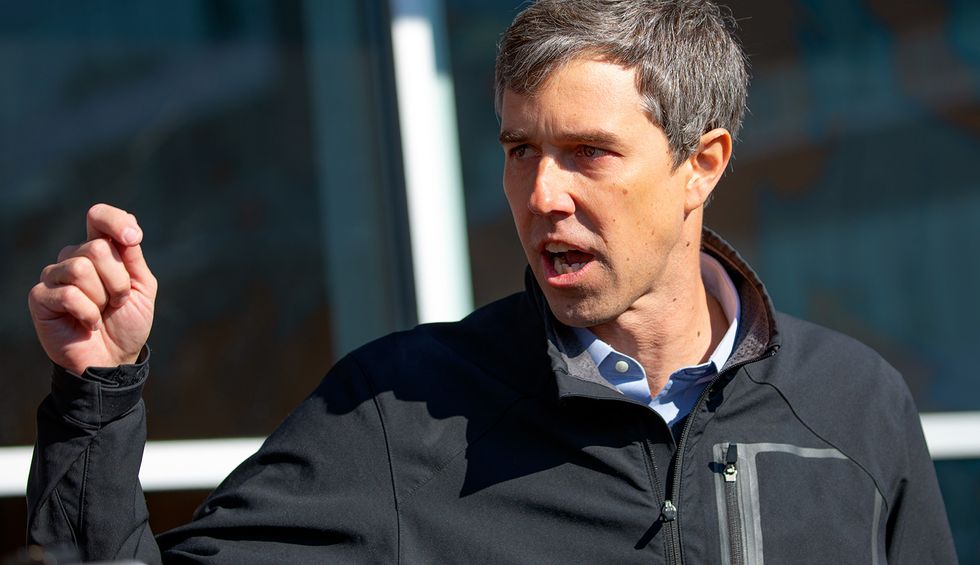 Former Rep. Beto O'Rourke, a Texas Democrat who is running for president in 2020, told NBC's "Meet the Press" on Sunday that he believes assault weapons are "instruments of terror" and the government should implement a mandatory buyback policy.

"I think this just shows you how screwed up the priorities in Washington DC are," O'Rourke told NBC host Chuck Todd when presented with a quote from Sen. Pat Toomey, R-Pa., who referred to a mandatory buyback policy as "an awful and extreme idea." "I think what's truly awful is a 17-month old baby shot in the face with an AR-15, as happened in Odessa. What's truly awful is 22 people killed in a Walmart the Saturday before school starts that next Monday — buying their school supplies — innocent of any crime or any threat to this country, in fact living in one of the safest cities in America [El Paso, Texas], hunted down by their ethnicity with a weapon that was designed for use on a battlefield."

O'Rourke added, "Talking to those doctors and trauma room surgeons, who treated those victims in El Paso, they said these are wounds of war that high-impact, high-velocity round when it hit their systems, just shredded everything inside of them. I refuse to accept that and I refuse to even acknowledge the politics or the polling, or the fear or the NRA. That has purchased the complicity and silence of members of Congress, and this weak response to a real tragedy in America, 40,000 gun deaths a year, we’ve got to do something about it."

When Todd asked O'Rourke why he has evolved beyond his original call for a mere assault weapon ban, the former Texas congressman cited his experience talking with the victims of the shooting in El Paso last month.

"On Aug. 3, in El Paso, with 22 people killed and dozens more grievously injured, I could no longer accept that would be enough because there are still more than 10 million assault weapons, weapons of war, out on the street," O'Rourke told Todd, according to NBC News.

He added, "If we agree they are dangerous to sell and that we should stop selling them, then we also have to agree that these are instruments of terror that are still out there and have to be brought back home or they are going to be used against us."

Earlier this month O'Rourke established himself as one of the most outspoken Democratic presidential candidates when it comes to the issue of gun control, using profanity to emphasize his points during an interview with CNN's Dana Bash.

"The rhetoric that we've used, the thoughts and prayers that you've just referred to, it has done nothing to stop the epidemic of gun violence," O'Rourke told Bash. "To protect our kids, our families, our fellow Americans in public places. At a Walmart in El Paso where 22 were killed, in Sutherland Spring in a church, one or two a day all over this country. A hundred killed daily in the United States of America. We're averaging about 300 mass shootings a year. No other country comes close."

He added, "So yes, this is f***ed up. And if we don't call it out for what it is, if we're not able to speak clearly, if we're not able to act decisively, then we will continue to have this kind of bloodshed in America. And I cannot accept that. And so we're going to speak as defiantly and as strongly as we can, but we're also going to take action."