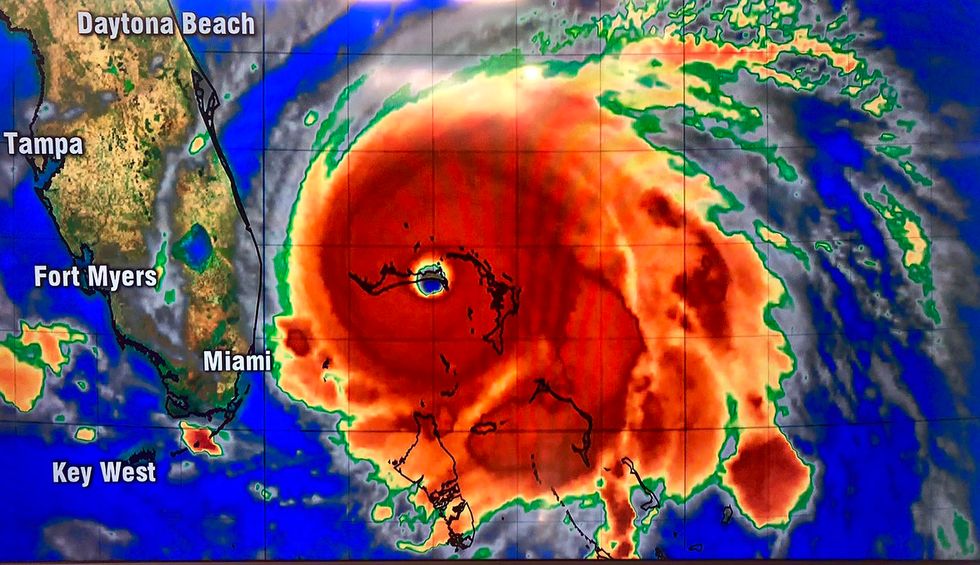 Bahamian Prime Minister Hubert Minnis said Monday that at least five people have been confirmed dead as Hurricane Dorian, one of the most powerful Atlantic hurricanes on record, stalled over Grand Bahama Island, unleashing massive flooding and destroying thousands of homes.

During a press conference, Minnis broke down in tears as he said Monday was "probably the most sad and worst day of my life" and described Dorian as a storm "we've never seen in the history of the Bahamas."

"We are in the midst of a historic tragedy," Minnis said. "Our mission and focus now is search, rescue, and recovery."

As The Guardian reported Tuesday, even as the storm weakened to a Category 3, Dorian "has been hovering over Grand Bahama Island for more than a day," threatening tens of thousands of people with rainfall and 120 mph winds.

"Bahamian officials said they received a 'tremendous' number of calls from people in flooded homes," according to The Guardian. "One radio station said it received more than 2,000 distress messages, including reports of a five-month-old baby stranded on a roof and a woman with six grandchildren who cut a hole in a roof to escape rising floodwaters. At least two designated storm shelters flooded."

Minnis said Monday that downtown Grand Bahama "is under three feet of water, including the ground floor of its hospital and the prime minister's office."

Images and videos posted to social media highlighted the extent of the damage caused by the storm. Meteorologist Eric Holthaus said the people of the Bahamas "are going to need years, if not decades, to recover."

"Simply put," tweeted Holthaus, "Grand Bahama Island is currently enduring one of the most catastrophic 24-hour periods of weather in recorded world history."

According to the National Hurricane Center, life-threatening weather conditions are expected to continue in the Bahamas Tuesday, and the storm is likely to move "dangerously close" to the Florida coast as early as Tuesday night.

The widespread devastation caused by Hurricane Dorian was viewed by environmentalists as evidence that the climate emergency is not a crisis of the distant future, but one that is wreaking havoc and taking lives in the present.

"Dorian marks the first time in human history that a Category 5 has hit the Atlantic four years in a row," said the youth-led Sunrise Movement. "This is the climate crisis."