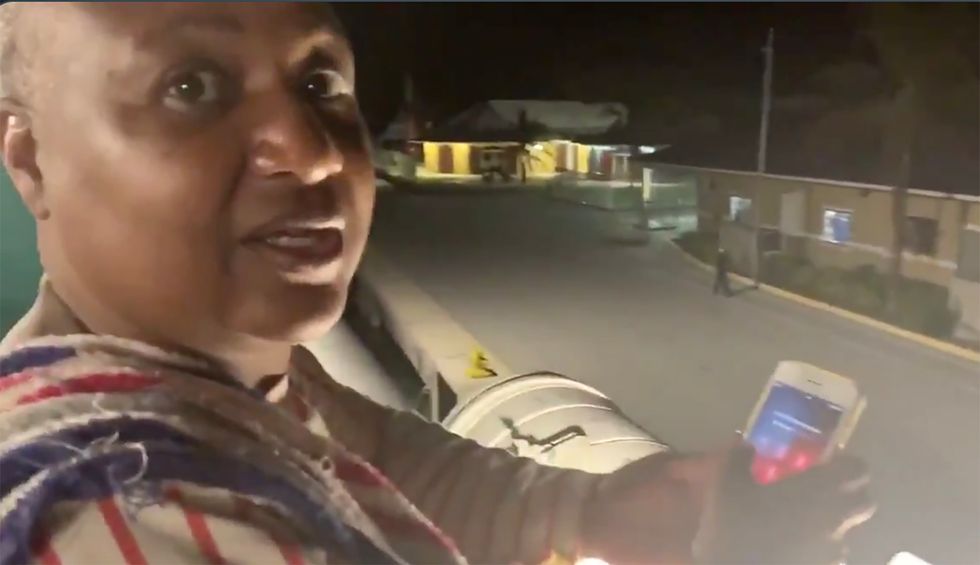 When Hurricane Dorian arrived in the Bahamas, it brought 185 mph winds, storm surges up to 23 feet above sea level, and extreme levels of devastation on a low-lying string of islands. Particularly on Abaco and the Grand Bahama islands, countless swatches of homes and buildings have been decimated and people and pets are still missing. Right now, the death toll comes in at 43, but it’s likely to continue to rise. About 70,000 people are now homeless.

Thanks to what is, at best, an enormous communication error, more than 100 Dorian evacuees were booted from a rescue boat headed to Florida. Why? While these survivors managed to get their passports and pay for their boat tickets, they didn’t have visas. United States Customs and Border Protection (CPB) blames the specific ferry company, but if Trump simply lifted visa requirements, none of this would really matter.

Here’s what we know. On Sunday, as evidenced in a video taken by WSVN reporter Brian Entin, an unidentified person announced to people already on a ferry leaving the Bahamas for the United States that if they didn’t have a visa, they had to get off the boat.

Here are the tweets, including video:

Another announcement just made ordering any Bahamian without a US visa to disembark ferry — not allowed to evacuate… https://t.co/ZJ9XMzXNVd
— Brian Entin (@Brian Entin)1567987367.0

Entin claims that a woman told him 130 people left the ferry after this announcement. In his video, you can see that even children left the boat which was departing from Freeport and headed toward Fort Lauderdale.

Notably, as Entin explains in his now-viral tweets, evacuees were told before they boarded the ferry that all they needed was a Bahamian passport and a clean police record. Mind you, given that some people’s homes are completely submerged in water, getting one’s passport is a relative privilege to begin with.

What does the CBP have to say about this mess? As far as Michael Silva, CBP Florida spokesperson is concerned, they’re blaming Baleària, the ferry company. "It breaks my heart because it's like when you raise somebody's hopes and then you pop the balloon. … That, in my opinion, is what Baleària did," Silva said to Newsweek in an interview. "It raised the expectations of these poor people who have been through an unimaginable situation with the hurricane. ...They raised their expectations only to then leave them terribly disappointed.”

Silva told Newsweek that CBP told the ferry company in advance that it would need to bring evacuees to Nassau before heading to Florida. Nassau is important here because it’s where people could get visas to enter the U.S. CBP has a pre-clearance option in Nassau. People arriving would be processed in Florida. Now, if Trump simply waived visa restrictions for people fleeing the Bahamas, this would be a moot point.

Speaking of which, Democratic Florida state Rep. Shevrin Jones asked Trump to waive these requirements, and eventually, Senators Marco Rubio and Rick Scott did as well. "We should not make those documents the deal breaker on whether you can come stay with your family or not," Jones told the South Florida Sun Sentinel.

Silva also alleges that Baleària charged people to take the ferry. "I believe they were charging about $150, which is not inexpensive because I think airfare is about the same," he said. "It was a for-profit cruise. It wasn't a humanitarian mission."

This is in contrast to the roughly 1,500 survivors who arrived via the Grand Celebration humanitarian cruise ship. They made it to Palm Beach, Florida, without an issue—and without having to pay.

“CBP is not denying or discouraging evacuation efforts and we empathize with the plight of the Bahamian people,” he stressed.