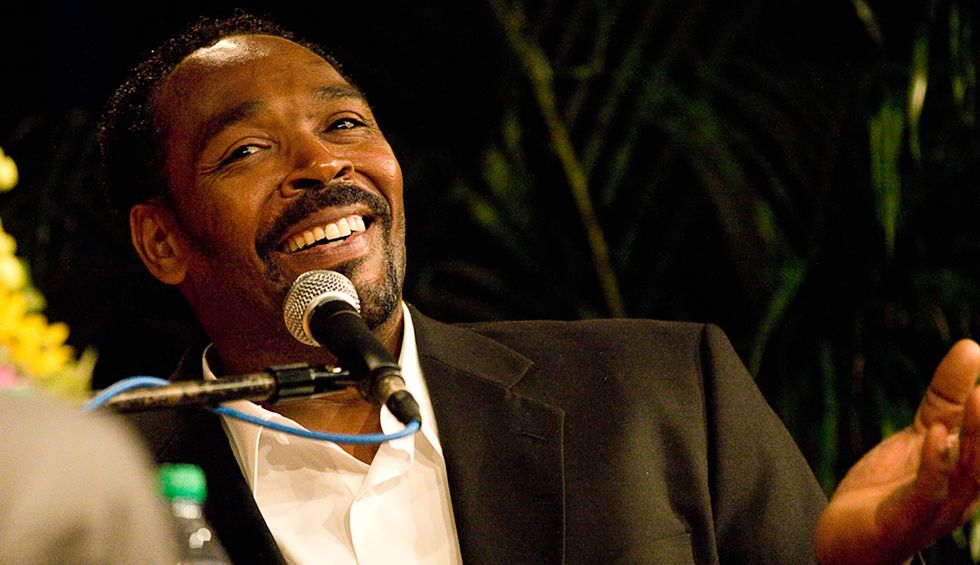 Only a few weeks after former Philadelphia Police Commissioner Richard Ross was ousted due to allegations of sexual harassment and gender discrimination among officers, the Philadelphia Police Department is being rocked by yet another scandal: Acting Police Commissioner Christine M. Coulter is coming under fire because of an old photo that shows her wearing an anti-Rodney King t-shirt.

In the photo, taken around 1994, Coulter is seen wearing a t-shirt that reads, “LAPD: We Treat You Like a King.” The shirt was an obvious reference to the late motorist Rodney King, who was brutally beaten during his arrest by officers for the Los Angeles Police Department (LAPD) on March 3, 1991. In 1992, Los Angeles erupted in riots after four officers involved in the beating were acquitted of assault charges by a jury in Simi Valley, California.

Coulter has apologized for the shirt, saying she is “profoundly sorry” for having worn it and didn’t realize at the time that it could be perceived as a reference to the beating of Rodney King. Philadelphia City Councilwoman Cindy Bass is calling for Coulter to “step down immediately” and asserted that it is “inconceivable” that Coulter was unaware of the shirt’s significance. But Philadelphia Mayor Jim Kenney has responded that he does not think it is necessary for Coulter to resign.

Although Kenney has denounced the shirt as “abhorrent” and said that “wearing it was a mistake,” he has stressed that a bad decision made 25 years ago does not invalidate Coulter’s many years of service to the Philadelphia Police Department. Kenney is up for reelection this year and is almost certain to win, as he is a Democrat and Philly is overwhelmingly Democratic. The city hasn’t had a Republican mayor since the early 1950s, and Republicans are seldom elected to the Philadelphia City Council.

This has been a tumultuous summer for the Philadelphia Police Department. On one hand, Philly has become a model for criminal justice reform: Democratic District Attorney Larry Krasner, who Sen. Bernie Sanders campaigned for in 2017, is one of the most liberal/progressive prosecutors in the country and has been a blistering critic of the Prison/Industrial Complex. But in July, the city was rocked by a scandal in which the Philadelphia Police Department announced that it would be firing 13 officers over offensive Facebook posts — and that another 56 officers would face disciplinary actions, including some unpaid suspensions.

Ross did not sugarcoat things, declaring at the time, “I continue to be very angered and disappointed by these posts, many of which, in my view, violate the basic tenets of human decency.”

Ross, overall, had a good reputation in the city government. After an intense standoff in Philly’s Tioga section in mid-August in which six officers were shot — none fatally — by a heavily armed suspect, Kenney applauded the way in which Ross handled an extremely difficult situation that could have had a much worse ending. The Philly mayor exalted Ross as the best police commissioner in the United States, but the following week, Ross was ousted. Although Ross himself was not accused of sexual harassment, he was criticized for not taking sufficient action against sexual harassment and gender bias allegations within the police department.